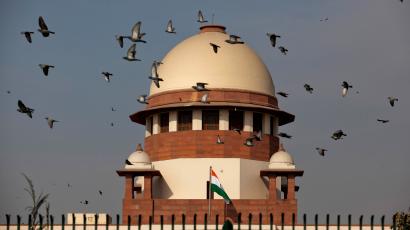 Maintaining that transparency doesn’t undermine judicial independency, the Supreme Court (SC) in a landmark judgment has held that office of the Chief Justice of India (CJI) is a public authority that comes under the Right to Information (RTI) Act.

The judgment was passed by a five-judge constitution bench, headed by Chief Justice Ranjan Gogoi who retires on November 17th, 2019. The bench further dismissed the three appeals filed by Secretary General of the SC and the Central Public Information officer of the top court.

The Supreme Court though upheld the Delhi High Court judgment which ruled that office of the CJI comes under the purview of RTI, however, said that confidentiality and right to privacy have to be maintained and added that the Act can’t be used for as a tool of surveillance.

The names of judges recommended by the collegium can be disclosed, not the reasons, the apex court observed. The SC stated that judiciary cannot be destroyed in the name of transparency.

Under the RTI Act, any citizen of India may request information from a ‘public authority’ (a body of Government or ‘instrumentality of State’) which is required to reply expeditiously or within thirty days. It fully came into force on force on October 12th, 2005. The Act was amended – The Right to Information Act 2019 – and was passed on July 25 2019.

The judgment is a huge step towards transparency. The tax-paying people of the country are entitled to know as to what public authorities are doing. The Supreme Court has rightly observed that judiciary cannot function in total insulation as the judges enjoy the constitutional post and discharge public duty.