Citizenship Bill: Assam Students Asked Not To Participate In Protests During School Hour

This year, students in school uniforms were seen participating in dharma programmes organised by different organisations during school hours in working days 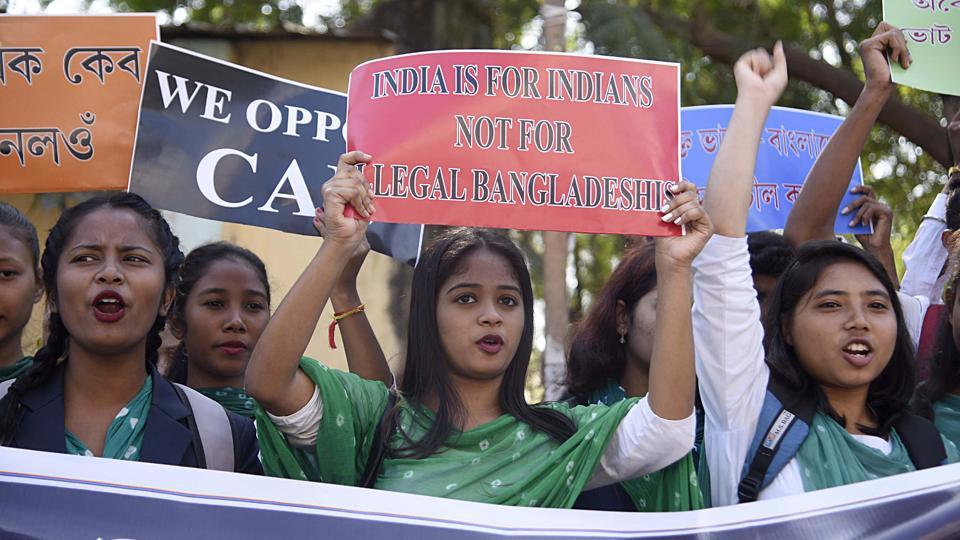 The Assam Education department has directed all the headmasters/principals of government/provincial schools to ensure that students of their respective schools are not used for protest programme.

The notification was issued at a time when students of various premier colleges and universities of Assam have also joined the protests against the Citizenship (Amendment) Bill, 2019.

After the Union Cabinet passed the Bill on December 4th, 2019, protests across the state has intensified as the Bharatiya Janata Party-led Union government is all set to pass the Bill in the ongoing winter session of the Parliament.

In Assam, students’ bodies often use school students in protest rallies, sit-in demonstrations. Earlier this year, a large number of students in school uniform participated in different places in student bodies-led protest against the controversial Bill.

This year too, students in school uniforms were seen participating in dharma programmes organised by different organisations during school hours in working days. The school heads have been directed to take necessary action or else disciplinary action will be taken against Head of the Institution.

However, the students’ bodies of Assam slammed the government over issuing the order. Assam’s oldest student body, the All Assam Students’ Union said that protesting is a democratic right and no one can take away the same from the students’ community.

The Bill seeks to grant Indian citizenship to the people belonging to the Hindus, Jains, Christians, Sikhs, Buddhists, and Parsis who have become the victims of religious persecution in Pakistan, Bangladesh, and Afghanistan and entered India.