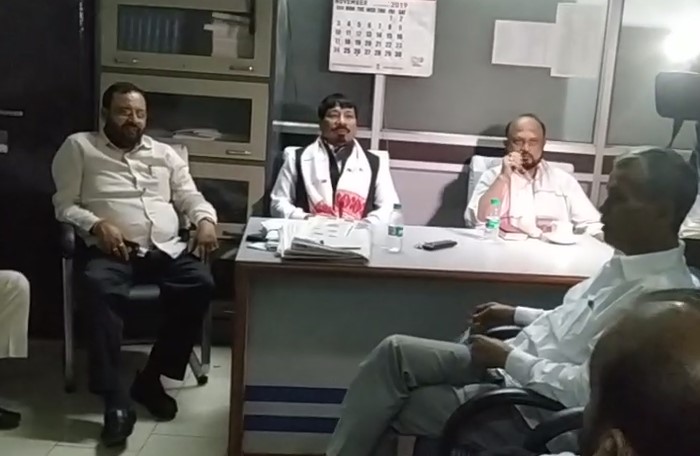 The Northeast is witnessing massive protests and shutdown over the Bill as the Centre is going to re-introduce the Bill in the ongoing winter session of the Parliament.

The meetings are scheduled to take place at Assam Bhawan in New Delhi on November 29th, 30th and December 3rd, 2019.

Earlier in the day, Congress MPs from the Northeast and Naga People’s Front (NPF) MPs staged protest in the Parliament premises against Bill. The first day of the Assam Assembly on November 28th, 2019 also started on a noisy note as Congress and AIUDF MLAs laid down on the verandah, shouting slogans against the BJP-led government in the state protesting the Bill and the state government’s rejection of the final NRC.

The leaders of the Asom Gana Parishad has already reached New Delhi to attend the talks. Assam Food and Civil Supplies Minister Phani Bhushan Choudhury on November 25th, 02019 said that the AGP will continue to protest against the Bill. Previously, former Assam Chief Minister Prafulla Kumar Mahanta had slammed the party’s top brass for maintaining “stoic silence” over the Bill.