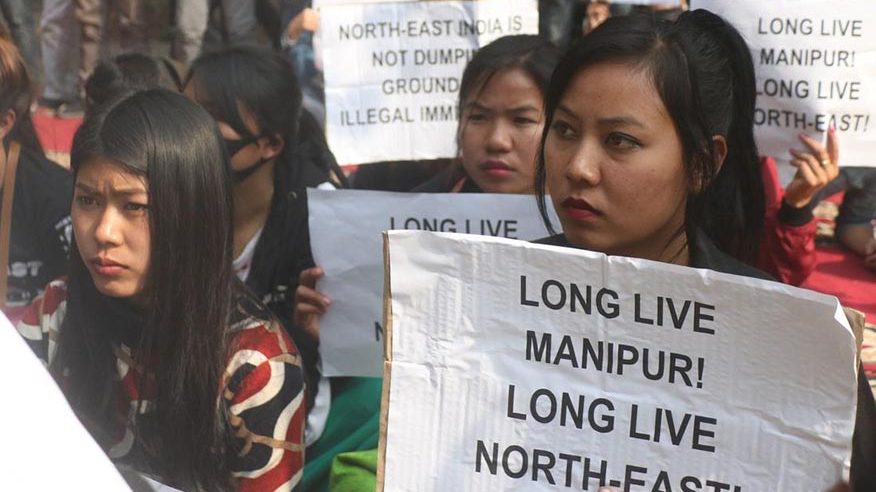 Protests against the contentious Citizenship (Amendment) Bill rocked the Northeastern states again after the ruling Bharatiya Janata Party’s (BJP) move to reintroduce the Bill in the parliament’s next session. The adamant and flippant BJP failed to implement the Bill in its previous term.

Protestors marched through the streets of Kohima in Nagaland, Itanagar in Arunachal Pradesh and Imphal in Manipur on October 3rd, 2019, against the Bill. Protests erupted two days after Union Home Minister Amit Shah said the legislation would be introduced in the new session of the Parliament. It needs to be mentioned that the Meghalaya was the first state to vehemently oppose the Bill followed by Manipur and Nagaland.

Meanwhile, the All Assam Students’ Union and other supporting ethnic organizations in Assam have reiterated their demand to withdraw the Bill immediately for the interest of the greater Assamese community. On the other hand, the Assam Congress also criticized the saffron party’s move to reintroduce the Bill which would jeopardize the existential identity of the ethnic communities.

Shah, in a public awakening programme in Kolkata on October 1st, 2019, reiterated the BJP’s stern decision to implement the Bill. Addressing the North East Democratic Alliance convention in Guwahati on September 10th, 2019, Shah, while giving a green signal to bring the Bill, assured the Northeastern states that not a single intruder will be allowed in Assam.

The entire Northeast region was on the boil after the BJP took a move to implement the Bill in 2018. The saffron party had faced the wrath of the indigenous people. Bowing to the public pressure, a joint parliamentary committee held a public hearing in Guwahati on May 8th, 2019, where the Bill faced massive protest. However, the Bill received huge support in the Bengali dominated Barak valley.

The Bill seeks to grant Indian citizenship to Hindus, Sikhs, Buddhists, Parsis, Christians and Jains, who have become religious persecution in Bangladesh, Pakistan and Afghanistan, and have entered on or before December 31st, 2014.