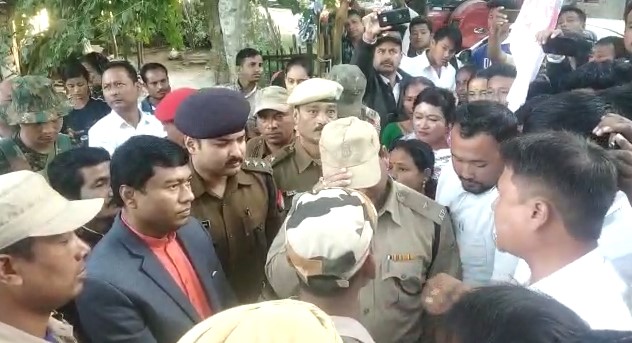 Union minister of state for food processing Rameswar Teli on December 7th, 2019 had to face the wrath of members of All Assam Students’ Union (AASU) which is staging protests across the state against the controversial Citizenship (Amendment) Bill.

Around 500 AASU volunteers gheraoed Teli in Naharkatia’s Jeypore at Dibrugarh for some time until they were dispersed by the police and security personnel who also ensured his safe passage to his vehicle.

The protestors slammed Teli for his “silence” on the issue of the Bill and “surrendering” to “whims” of the Bharatiya Janata Party-led Union government. Teli had visited Jeypore to take stock of the upcoming Rainforest Festival.