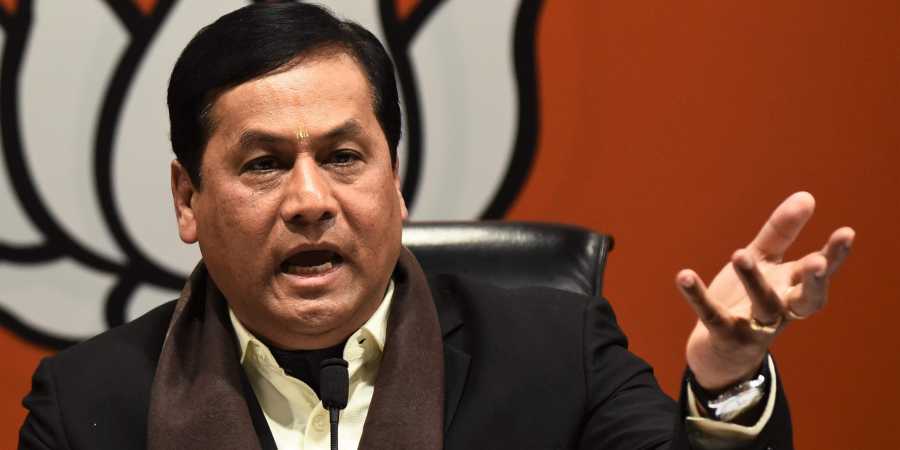 Guwahati: Apprising the Prime Minister’s office and Union Ministry about the prevailing situation at Assam-Mizoram border, Assam chief minister Sarbananda Sonowal also telephoned his Mizoram counterpart Zoramthanga and talked to him about the incident that took place at the Assam-Mizoram border.

During the talk, Sonowal, stressed on taking productive measures and joint efforts to address the border issues. He also advocated amicably settling the border dispute and to work with cooperation for maintaining peace and law & order at the inter-state border.

The chief minister also said that under the leadership of Prime Minister Narendra Modi, north east is experiencing rapid progress. However, to maintain the momentum, there is a need to maintain peace and boosting relations between the States. He further stated that there might have differences but all differences must be settled through dialogue.

Informing about the information through a tweet in Twitter, both the CM’s agreed to resolve the issue to work together for maintaining brotherhoods between the two states.

State health and finance minister Himanta Biswa Sarma also took Twitter to express his concern regarding the Assam-Mizoram border dispute. He wrote: “People of Assam and Mizoram have always lived in peace and harmony. We all have the inherent strengths to resolve all issues on border with the spirit of good neighbours. I request everyone to please follow restraint. @ZoramthangaCM”

The incident reportedly happened on Saturday night after top police officials visited the fringe areas. Hours after the top cops returned from Lailapur area, miscreants from Mizoram’s side entered the area and burnt a few houses and stalls.

Immediately after the incident, state police rushed to the spot. Police sources said that the situation was under control.

They added that the miscreants had earlier thrown crude petrol bombs towards the village in Assam. Locals accused that police forces from the neighbouring state also back the miscreants and take no action on them despite repeated complaints. However, police denied the allegations.

Presently, Baruah is serving as the additional chief secretary for Home and Political, Revenue and Disaster Management departments
Read more

The owner of a coaching institute had allegedly provided a ‘proxy’ for the accused student to score 99.8% of marks in the JEE exam
Read more