Donning a green jersey, the Congress leader flaunted his football skills by taking part in a tournament held at the Bapuji Stadium 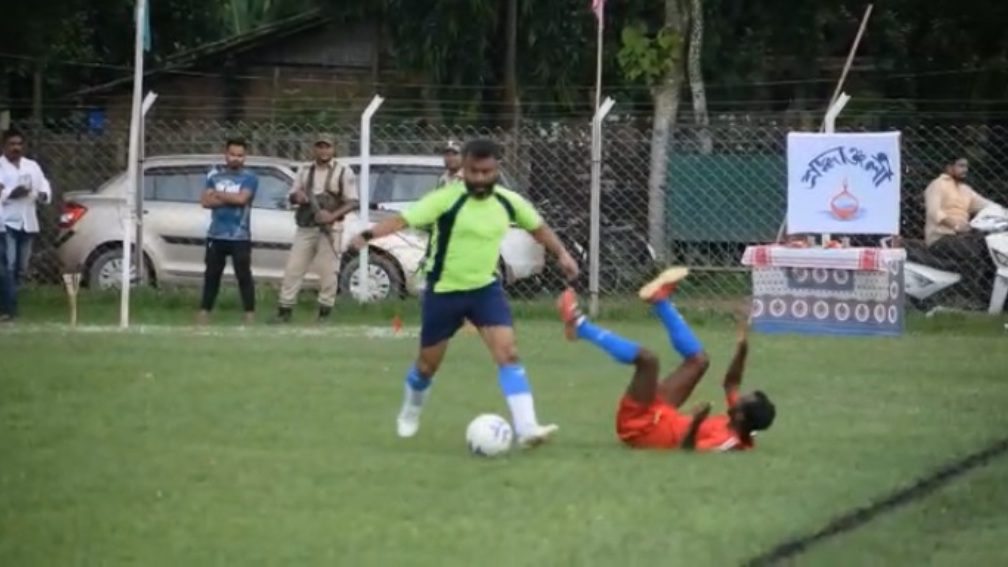 This Congress MLA from Mariani constituency may be ‘quirky’ but he apparently knows how to grab eyeballs. From carrying rice sacks during the Assam deluge to carrying janaza of a man, Rupjyoti Kurmi was this time seen having a field day in sports but with a ‘cause’.

Donning a green jersey, the Congress leader flaunted his football skills and actively participated in a football tournament at the Bapuji Stadium. The two-day match will conclude on September 13th, 2019.

“There is no religious restrictions in sports. People irrelevant of caste, creed, race can take part in sports and through this event, we want to spread awareness on unity in diversity,” said MLA Kurmi while speaking to Time8.

It may be mentioned that the two-day Nanda Bora and Rubul Hazarika Memorial Prize Money Football Tournament was organised by the Mariani Sports Association. It is being sponsored by Chitrakamal Bora and Nazrul Hazarika. The Udayan Club won the match with a 2-1 score on September 13th, 2019.