Congress didn’t give me the due position, which I was capable of: Rupjyoti Kurmi 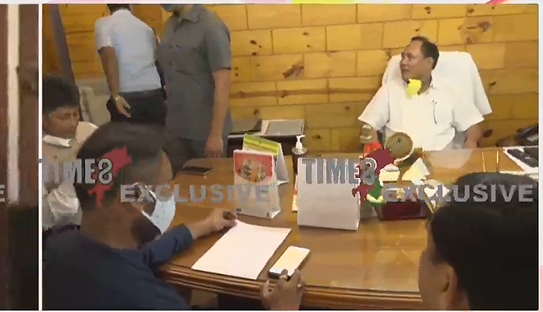 Lambasting the Congress party, MLA Kurmi told the media, “I was never honoured by the Assam Pradesh Congress Committee (APCC). They didn’t give me any responsibility in the assembly, despite being one of Congress representatives in the tea garden areas.”

Also, expressing his opinions regarding the Congress party, Rupjyoti Kurmi in a letter to the All-India Congress Committee, president, Sonia Gandhi, wrote, “I am born and brought up in Congress and a sincere and dedicated to INC since childhood, my mother three-time MLA and minister and myself fourth time MLA, but it seems party hasn’t given me the due position, which I was capable of. Therefore, madam, today with due honour to you, put my resignation from INC party primary membership, looking forward of my Mariani constituency people as a whole of the betterment of my Assam.”

Meanwhile, Assam Pradesh Congress Committee president Ripun Bora constituted a committee to visit immediately to Mariani LAC to take stock of the political situation in the LAC in view of the decision of RupjyotiKurmi MLA (INC) to join BJP.