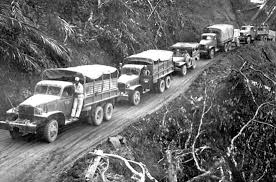 Deputy Chief Minister Chowna Mein of Arunachal Pradesh on Sunday emphasised the re-opening of the Stilwell road. He said that a committee on Stillwell Road Development would be formed and would appeal the Centre for prioritizing on the restoration of this road by both the countries, India and Myanmar, as it would be mutually beneficial for both sides.

Opening of the road is surely a component of the Act East Policy and it is the job of Delhi and not of Itanagar to facilitate the process. This road will definitely give a fillip in the economy of Northeast India as it would connect the ASEAN countries through the land. The road would further deepen the age-old cultural linkage and help promote spiritual tourism.

The Northeast region is the gateway to the ASEAN countries in India and Myanmar shows the route to India to larger ASEAN nations. It will also ease travel and cut distance for people living on either side of the area and it would also act as a catalyst for cross border trade.

Mein opined that India’s ‘Act East Policy’ is on the lines of improving people to people contact which is fundamentally envisaged for building socio-cultural relations, increasing trade ties, promoting tourism and developing the economic scenario of the South East Asian region through outreach initiatives.

People of the region have witnessed what the Modi government did in its previous term just promoting the Act East Policy. It is the Centre to act in compliance with their promises.