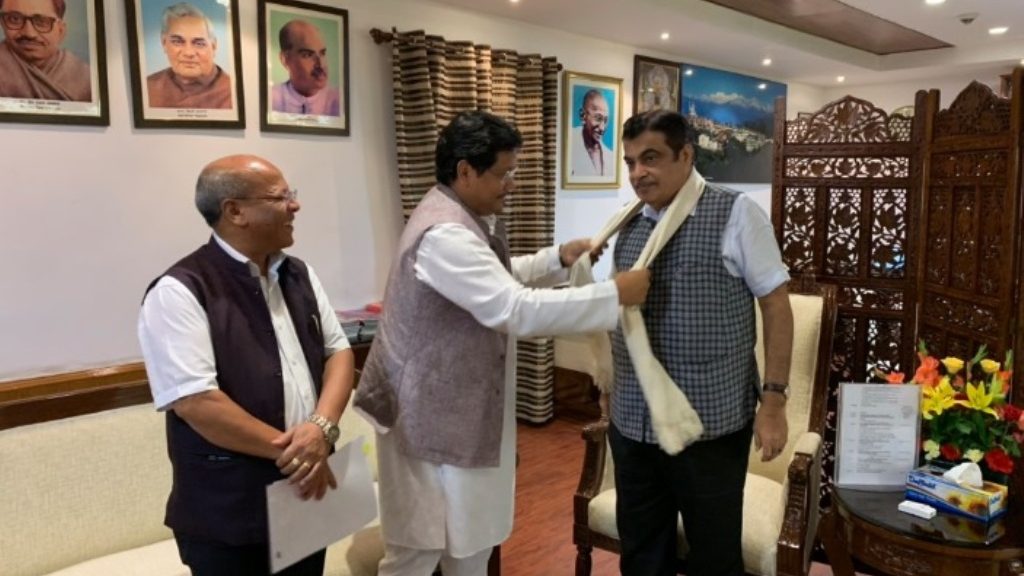 Keeping in view of the transportation and communication, the Meghalaya government urged the Centre to declare roads approved “in principle” as New National Highways:

Gadkari assured to consider the proposal of the State Government and also suggested Sangma to initiate measures to submit a proposal to start vehicle fitness centre as well as two driving schools in backward region of the State. The Meghalaya government also urged the Central minister to release the desired funds under the CRF.

The Meghalaya government also met Union Minister Fisheries, Animal Husbandry and Dairying Giriraj Singh to discuss on issues related to Animal Husbandry in the state. Singh in exchange suggested that the state should adopt the exotic breeds of pigs to enhance productivity.

Meghalaya is exploring the market potential with neighbouring countries and has initiated discussion for processed value-added pig products to Thailand.

Singh suggested that embryo transplant should be introduced in Meghalaya and research should be conducted with indigenous variety of pigs. The Union Miniter also suggested the establishment of a breeding farm in Meghalaya.