Counting Of Votes For 4 Assembly Seats In Assam Underway

20 candidates are in the fray for 4 seats in Assam 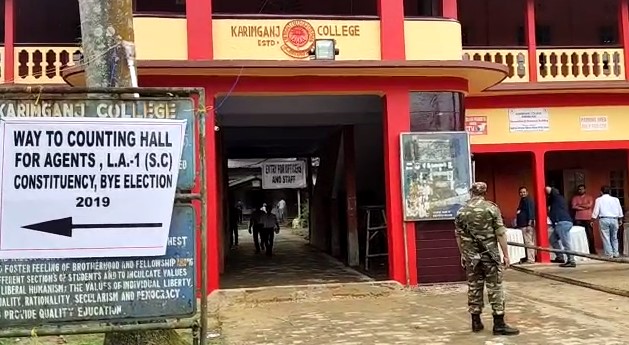 The counting of votes of by-elections to four assembly constituencies in Assam began on October 24th, 2019. The fate of 20 contestants in the four seats -Rangapara, Sonari, Ratabari and Jania – will be known when results will be announced after counting of votes in the evening hours.

The by-elections to these four constituencies were necessitated after sitting Bharatiya Janata Party (BJP) legislatures and ministers Pallab Lochan Das (Rangapara) and Tapan Gogoi (Sonari) along with Deputy Speaker Kripanath Mallah (Ratabari) and Congress MLA Abdul Khaleque (Jania) were elected to the Lok Sabha this year.

In Rangapara, five candidates are in the fray – Rajen Bortakur of BJP, Kartik Kurmi of Congress, Sanjit Rajbangshi of SUCI (Communist), Royal Soreng of CPI(M) and Arup Kumar Chowdhury of the Bharatiya Gana Parishad.

In Sonari, BJP’s Nabanita Handique and Sushil Kumar Suri of Congress are pitted against each other. On the other hand, four candidates are vying for the Ratabari seat. They are Bijoy Malakar of the BJP, Keshab Prasad Rajak of the Congress, Birendra Ravidas (SUCI-Communist) and Parikhit Roy (Independent).

Counting of votes is also underway in three assembly constituencies in Sikkim (Gangtok, Martam Rumtek and Poklok Kamrang), one each in Meghalaya (Shella) and Arunachal Pradesh (Khonsa West).