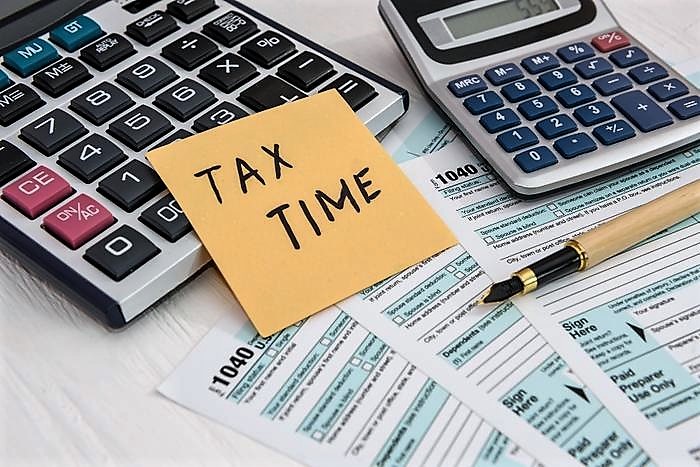 From raising the income tax rate to 40 per cent for those who earn over Rs 1 crore a year, effecting a one-time Covid-19 cess of 4 per cent on taxable income of over Rs 10 lakh, mobilization of CSR Funds — are some of the recommendations made by over 50 officers of the Indian Revenue Service (IRS) to help the economy recover from the novel coronavirus (COVID-19) induced lockdown.

In a paper sent to the Central Board of Direct Taxes (CBDT), a paper titled – FORCE – has been prepared jointly by a group of 50 IRS officers of the Income Tax Department on policies and suggestions for meeting the economy and revenue challenges induced from COVID-19 pandemic.

“The short term and medium-term measures discussed in this document represent some ideas which can be further deliberated upon by our policymakers, fiscal policy experts, economists, business leaders, finance and tax professionals, media and all other stakeholders in order to provide relief and fiscal impetus in these testing times,” the paper stated.

On revenue mobilization, with the economic impact of COVID-19 and the consequent impact on revenue collections brought out in the preceding parts of the report, it is essential to discuss certain measures to raise additional revenues for the Government to deal with the crisis in the short and medium-term.

Here are some of the proposals suggested in FORCE:

The IRS officers recommended raising the highest income tax slab rate, for total income levels above Rs 1 crore, to 40 per cent, or re-introduction of the wealth tax for those with a net wealth of Rs 5 crore or more.

The IRS officers said that in times like these, the so-called ‘super-rich’ have a higher obligation towards ensuring the larger public good. This is for multiple reasons – they enjoy a higher capacity to pay with significantly higher levels of disposable incomes compared with the rest, they have a higher stake in ensuring the economy springs back into action, and their current levels of wealth itself is a product of the social contract between the state and its citizens.

“The Government needs to spend considerably more to revive the economy and it needs to raise additional revenue, but in ways that must not burden the already distressed common man,” the paper added.

The IRS officers said that most high-income earners still have the luxury of working from home, and the wealthy can fall back upon their wealth to cope with the temporary shock.

“In view of several European economists, taxing the wealthy would be the most progressive fiscal tool, as wealth is far more concentrated than income and consumption. A surcharge had recently been raised, and the fact that the additional surcharge was only expected to generate a mere Rs 2700 crore in additional revenue, this may not be a feasible step in terms of potential revenue impact,” the paper said.

As opposed to surcharges, cess are more broad-based since they are levied on every taxpayer. Further, they are likely to mobilize more revenue as well. The current rate of cess is 4 per cent (including 2 per cent Health Cess and 2 per cent Education Cess), the paper stated.

Thus, an additional one-time cess of 4 per cent on account of COVID Relief (could be called COVID Relief Cess) could help finance capital investment in COVID Relief work. The extra revenue mobilized on this account could be between Rs 15000 – 18000 crore. To mitigate the extra hardship on the middle class, the cess may be made applicable only in cases where the taxable income is greater than Rs 10 lakh, the paper further suggested.

The paper said that one suggestion can be to increase the surcharge applicable to the Higher income Foreign Companies having a Branch Office/ Permanent Establishment in India.

The said surcharge has not been revised for some time now, and with companies operating in India and deriving profits through their PEs, it is time that a flourishing market like India with its huge prospects flexes its customer-base muscle.

The tax incentives for CSR should be extended at the time of the National disaster. Those companies who are undertaking the COVID relief activities under CSR should be allowed to claim as expenditure incurred for the purpose of business deduction section 37 for FY 2020-21 only.

This incentive helps in mobilizing CSR funds for disaster management. The COVID relief activities should be specifically defined under section 2. The amendments in section 2 and section 37 can be considered.

The corporates may be allowed to treat the salaries paid to their non-managerial staff during the COVID crisis as part of their obligation under CSR, the paper said.

The paper further mentioned, “While contribution by companies to PM CARES Fund has been included for the purposes of CSR use by companies, there is a need to include the CM Relief Funds for this purpose as well, as requested for by many State Governments. Also, there is a need to incentivize such contributions to tempt companies to invest their CSR funds to PM CARES Fund and CM Relief Funds.”

The paper observed that ‘Inheritance tax’ is levied mostly in developed countries, at rates as high as 55%. In India, it was in force till 1985, payable on a slab basis. Inheritance tax, if reintroduced, is expected to reduce the concentration of wealth, widen the tax base and enhance revenue, and play its part in bridging the wealth inequality divide.

More importantly, such a tax may eventually lead to a reduction in tax rates. Earlier, procedural issues and information asymmetry lead to the tax being abolished. However, in today’s digital age, information is easily accessible, and with the improvements in the administrative framework over the last few decades, such a tax is enforceable and implementable now, the paper said.

The revenues are taxed at 6 per cent on a gross basis. Finance Bill, 2020 proposes to expand the scope of the “equalization levy” to include consideration received by e-commerce operators from e-commerce supply or services, and taxed at a rate of 2 per cent. The Corona economy is largely a digital/online/e-commerce economy.

“The consumption of online services, especially web streaming services such as Netflix, Amazon Prime, Zoom, etc. and the increased dependence on online commerce has made this sector flourish. The increased business of these e-commerce/ online streaming/ web services companies provides an opportunity to increase the said tax rates by 1 per cent, i.e. from 6 per cent to 7 per cent for ad services, and from 2 per cent to 3 per cent for e-commerce,” the paper suggested.

While economic activity will slowly start limping back to normalcy once the health crisis subsides, in the interim period, the Government needs to ensure that the poor and non-salaried lower middle class, the working class, migrant labour, etc., who are prevented from working for longer periods, can see this period through, the paper recommended.

Based on how much additional revenue can be raised through some of the measures suggested earlier in this paper, a direct cash transfer of Rs 3,000 – Rs 5,000 a month can be worked out to the bottom 12 crore households, for a period of at least 6 months. The Pradhan Mantri Kisan Samman Nidhi (PM KISAN) programme, with a budget of Rs 75,000 crore, can be subsumed into this programme.

The government needs to support micro, small and medium enterprises in retaining employees during this crisis. However, selectively lowering tax rates for this segment might create a disincentive for accurate reporting of income or turnover. Therefore, the government should instead be looking at supporting this segment on the basis of already identified MSMEs through some form of wage support. In this regard, the UK’s ‘Coronavirus Job Retention Scheme’ could be used as a model (within the fiscal constraints that the government imposes on itself).

MSME whose total tax liability is less than Rs 5/10 lakh be given a tax moratorium (deferment only) for 1 year. It will result in a positive cash flow of 33 per cent for those.

The much-discussed painful trade-off between public health and the health of the economy can be resolved if the health sector can serve as the driving force for economic growth for the next year or so. The exponential growth of the healthcare sector will create jobs, and also holds the potential of absorbing the most distressed and marginalized sections including low skilled daily wagers.

The paper suggested, from a taxation perspective, a complete tax holiday/tax break is proposed for the next 3 years for all corporates, firms and businesses operating in the healthcare sector. The scope can have an exclusive definition, and must incorporate manufacturing of pharmaceuticals, medical-grade masks, gloves, gowns, ventilators, testing labs, construction contractors involved in the building of hospitals/primary health centres, etc.

The paper recommended short term capital loss made by retail investors due to recent stock market slump should be allowed to be set off from salary income.

Amount spent on treatment of hospitalization due to Corona should be allowed as a deduction under section 80DDB. This requires notifying Corona under Section 80DDB. The bonus or any other allowances given to the employees with annual income 10 lakhs should not be considered as taxable income at the hands of employees.

The taxpayers can file the return within due date and there will be the option of paying the self-assessment tax after 6 months of filing the return. Individual taxpayers who lost the job were allowed to defer the tax payment for 6 months or till the new job is found, whichever earlier. vi. Withdrawal from NPS and other small saving instruments should be made 100 per cent tax-free. This should also apply to interest chargeable on KVP.