Assam Chief Secretary Kumar Sanjay Krishna directed the district administrations of Cachar, Hailakandi and Karimganj to ensure compliance of all directives issued by the MHA while implementing required measures. 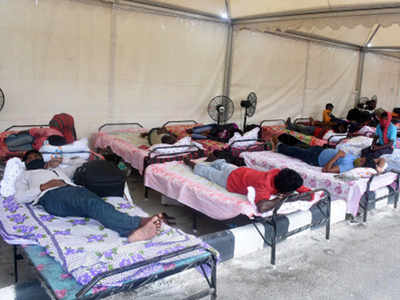 In an order issued on Sunday, chief secretary to the government of Assam Kumar Sanjay Krishna said, “It has been reported to me by the deputy commissioners of the three districts of Barak valley – Kachar, Karimganj and Hailakandi of Assam that there are increases in incidences of the spread of covid1-19 cases in their respective jurisdictions.”

Stating that the respective deputy commissioners were also in favour of putting in place certain restrictions to ensure strict compliance of COVID-19 protocols, Krishana said, “Having carefully examined the reports and opinion of the Deputy Commissioners, it has been decided that the state government has no objection to the measures to be put in place by district disaster management authorities (DDMA) of these three districts as deemed proper for ensuring prevention of the further spread of Covid-19 between Wednesday, the 26th August and Friday, the 4th September 2020.”

However, the chief secretary asserted that the district disaster management authorities were directed to ensure compliance of all directives issued by the Ministry of Home affairs including the latest one.

The Assam police, in its official tweeter handle also said, “Due to increased incidences of Covid-19 in Cachar, Karimganj and Hailakandi, the state government has empowered the districts to put required measures in place between August 26 and Sept 4, 2020.”