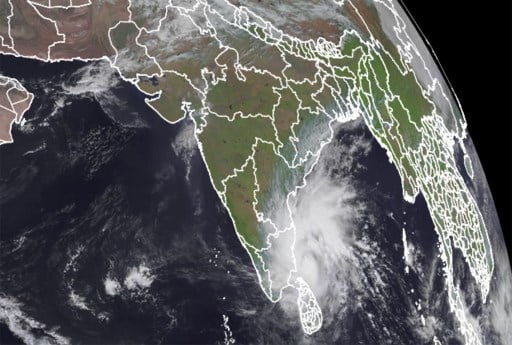 More than 30,000 people evacuated from Tamil Nadu and 7,000 from Puducherry already.

Already, the governments of Tamil Nadu and Puducherry have declared a public holiday and advised people to stay at home. Meanwhile, Southern Railways announces train diversions.

A team of a hundred personnel attached to the HADR unit from the Headquarters Integrated Defence Staff in Chennai has reached Puducherry to assist the civil administration in rescue and relief operations.

The Met Department added that cyclone Nivar is likely to cross between Mamallapuram and Karaikkal as a very severe cyclonic storm after midnight.

The IMD bulletin predicted a tidal wave of about 1-1.5 m height above the astronomical tide and is very likely to inundate the low lying areas of north coastal districts of Tamil Nadu and Puducherry near the place of landfall.