Dairy Farmers Dump Over 1,000 Litres of Milk Into River In Jagiroad

The cooperative society announced to distribute milk for free from August 18th, 2019 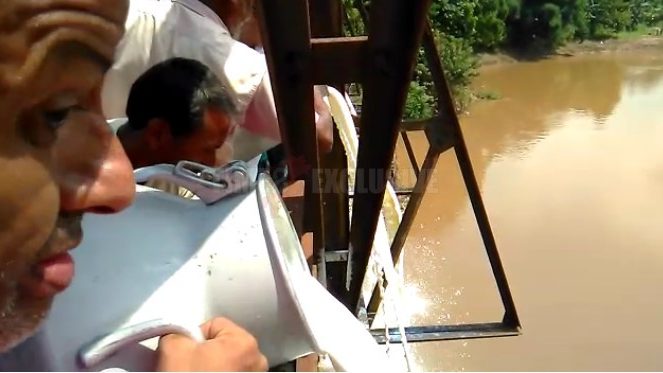 Sitajakhala Dugdha Utpadak Samabai Samiti Limited (SDUSSL), a cooperative society of dairy producers, dumped over 1,000 litres of milk into the Killing river in Jagiroad in Assam’s Nagaon district on August 16th, 2019 to protest against the Assam government over the alleged irregularities and syndicate plaguing the dairy sector.

After receiving widespread criticism for wasting milk, the cooperative society announced to distribute milk for free from August 18th, 2019 that goes to Purabi Dairy daily till the Chief Minister Sarbananda Sonowal holds a discussion with the milk producers.

The dairy producers’ body launched their Chintan Dharmaghat on August 16th, 2019 and submitted an eight-point memorandum to Sonowal raising demand to withdraw its hands-off policy on the dairy industry. The SDUSSL also protested against the non-functioning of the state veterinary and dairy departments. The farmers’ body further alleged that the Purabi Dairy is not adhering to the co-operative rules and regulations.

“The state government has signed an agreement with Gujarat-based National Dairy Development Board through Purabi Dairy and deprived the local dairy farmers of getting fair prices for their produce,” Ranjib Sharma, chairperson of SDUSSL told Time8.

Dairy farmers of Nagaon also staged a sit-in demonstration on August 16th, 2019. “White revolution has miserably failed in Assam as it is not meeting even half of the demand for milk,” said a protesting dairy farmer.