Deleting names from NRC is Contempt of SC: Opposition 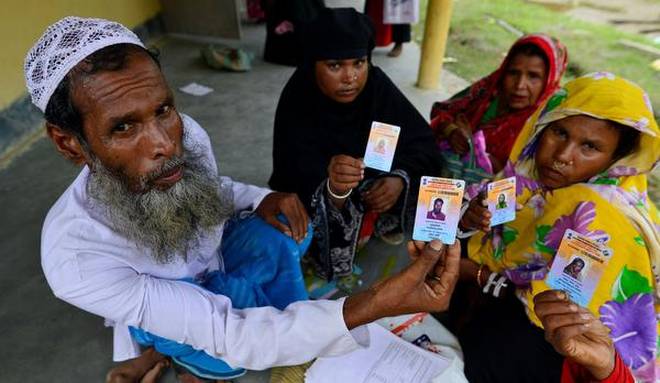 GUWAHATI: Opposition party of Congress in Assam has questioned the National Register of Citizens (NRC) authority’s decision to delete ‘ineligible’ names from the final list of the NRC prepared last year.

The NRC authorities have recently directed the district administrations across the state to delete the ‘ineligible’ names from the final list of the NRC prepared last year. The instruction came at a time when the state government has been reiterating its displeasure over the NRC final list which is held as ‘erroneous’.

The Leader of the Opposition (LoP) Debabrata Saikia on Friday said that the decision was taken arbitrarily and any such changes would be a violation of the Supreme Court.

“Since the decision was not taken under the guidance of the Apex court which is monitoring the NRC update in the state directly, it’s a clear violation of the law. The state government has contempt the Supreme Court,” Saikia alleged.

Assam government has been pressing for a re-verification — 20% in border districts and 10% elsewhere — of the final NRC, claiming that names of illegal infiltrators have been added into it. It had accused former NRC coordinator Prateek Hajela of preparing a ‘faulty’ NRC.

The NRC, published in August last year excluded some19 names out of around 3.3 crore applicants.

Saikia added that the state government should concentrate on preparing a fair NRC and to provide special arrangements for lakhs of indigenous people of the state whose name were left out of the NRC due to unavailability of documents.

“Names of several lakhs of people from various tribal and ethnic groups were left out because these people did not have ‘some’ of the required documents. The government rather should work on providing a relief to these indigenous people rather than doing so,” he demanded.

Earlier, state chief minister Sarbananda Sonowal said, “Assam is not ready to accept the NRC in its current form and we want a fair and correct NRC with no names of infiltrators. We have appealed before the Supreme Court for re-verification of the final NRC.”

The NRC process, done under the direct monitoring of the apex court, remained frozen for months now with SC yet to give its further directions and the NRC authorities yet to issue the rejection slips to those who were excluded from the NRC final list so that they can appeal before the FTs.