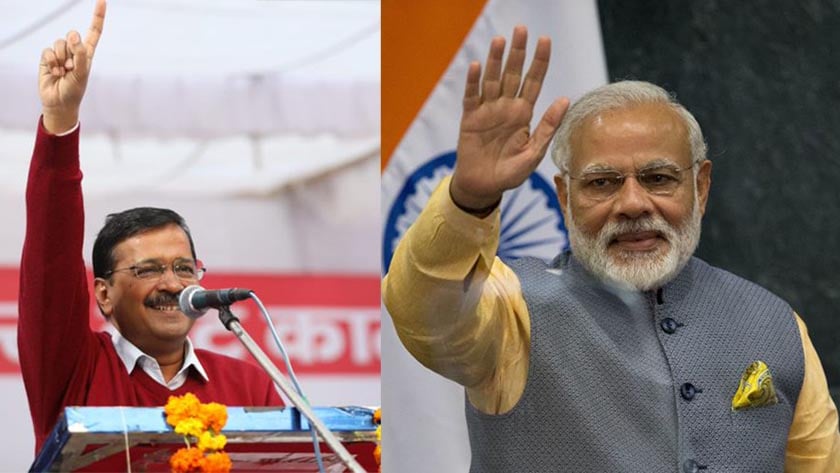 Prime Minister Narendra Modi on February 11th, 2020, congratulated the chief of the Aam Aadmi Party Arvind Kejriwal for the landslide victory in the Delhi Assembly Elections.

“Congratulations to AAP and Arvind Kejriwal Ji for the victory in the Delhi Assembly Elections. Wishing them the very best in fulfilling the aspirations of the people of Delhi,” the PM tweeted.

Replying to Modi’s tweet, Kejriwal said, “Thank u so much, sir. I look forward to working closely wid Centre to make our capital city into a truly world-class city. (sic)”

Kejriwal defeated Sunil Yadav of the BJP and Romesh Sabharwal of the Congress in New Delhi constituency where he had won convincingly in 2015 and 2013. He thanked Lord Hanuman and chanted “Bharat Mata Ki Jai” as he addressed his joyous supporters and party workers at the party headquarters in the city. “We pray that Hanuman Ji keeps showing the right path to us so that we continue to serve people for the next five years,” he said.

Kejriwal is likely to take oath as Chief Minister for the third consecutive term on the Valentine’s Day – February 14th, 2020. In 2013, Kejriwal defeated the then CM Sheila Dikshit of the Congress by 25,864 votes while in 2015, he defeated Nupur Sharma of the BJP by a margin of 31,583 votes.