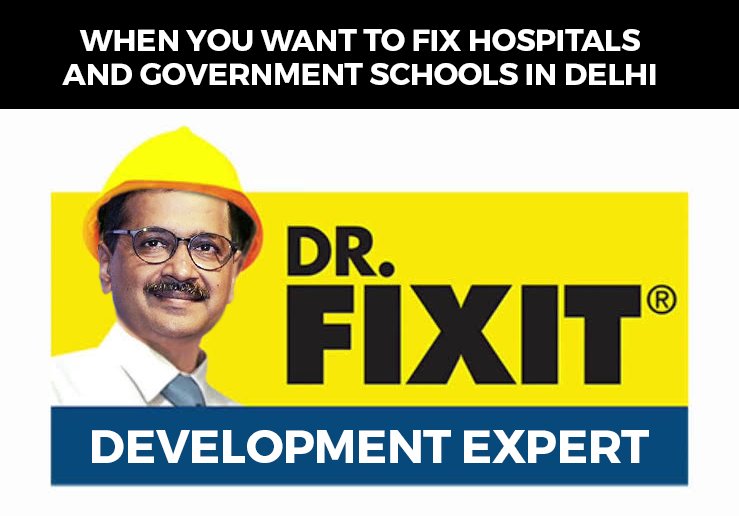 With a few days away for the high profile Delhi Assembly elections the social media war is apparently heating up among the Bharatiya Janata Party(BJP), Congress and the incumbent Aam Aadmi Party(AAP).

The Delhi polls will be held in the capital city on February 8th, 2020 to elect 70 members of the Delhi Legislative Assembly. The results will be declared on February 11th, 2020. While the Congress and the BJP have already released its manifesto, Delhi Chief Minister Arvind Kejriwal led AAP is yet to release is election statements.

Nonetheless, AAP is upping the social media game with catchy one-liners, parody clips, hilarious memes and jokes which is sure to bring a laugh riot among the netizens.

From building “Kejri-wall” to taking a dig at its rival BJP and Congress through funny memes, using popular video game Mario to the Marvel blockbuster Avengers and popular ads, AAP surely knows the pun.

When they had a reply to BJP’s video on the development of the people.

When they took over ‘Art and Artist’ meme template with a split-screen of artwork and its creator in hilarious combinations.

AAP’s social media is handled by Abhijeet Dipke, a 23-year-old youth from Pune who reports to AAP IT media head, Ankit Lal. Dipke says that they are trying to bring into the confidence of the millennials, first-time voters and short videos are totally on the go.