Delhi Police And Its Failure 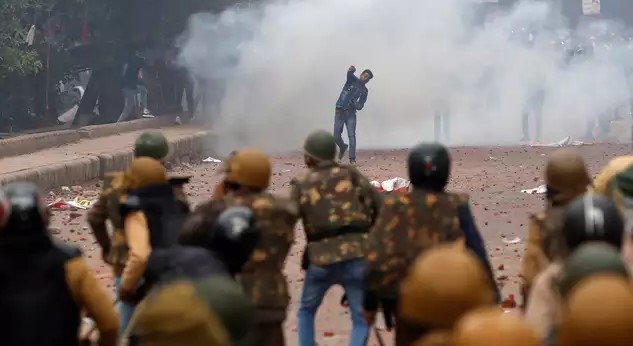 The recent Delhi riots have once again showed the fault lines in our society. The violence that broke out in the Northeast part of the capital city has raised a big question mark on competence of our law enforcement agencies to deal with such a conflagration.

Now as the city has limped back to normalcy, it is time to look back. The three-day violence has claimed lives of over 53 people and left hundreds of others injured. Public and private properties worth hundreds of crores were also reduced to ashes.

The role of the Delhi police, particularly its abject failure to control and contain the violence at the initial stage, has come in sharp criticism from all quarters. Two senior officers suffered life-threatening injuries and one personnel lost his life. One Intelligence Bureau was brutally killed.

The Northeast part of the city was already on the boil since the Citizenship (Amendment) Act, 2019 was passed. In December itself, the areas affected in the violence, have seen the protesters coming on to the streets and indulging in heavy stone-pelting.

It is true that the city was also host to President Donald Trump during the time. In a scenario like this, indubitably, the police should have prepared in advance to meet such an eventuality. Had the measures like the collection of actionable intelligence, sufficient deployment, flag march, rounding up of the miscreants, meeting with community leaders were undertaken, the police could have saved its face.

Police reforms, including division of law and order and investigation wings, still remained elusive for the law enforcement agencies in the country. Politicisation is another ill that plagued our police forces. Corruption in recruitment at lower rung and transfer, and posting to the lucrative posts continued as a bane for the police in the country.