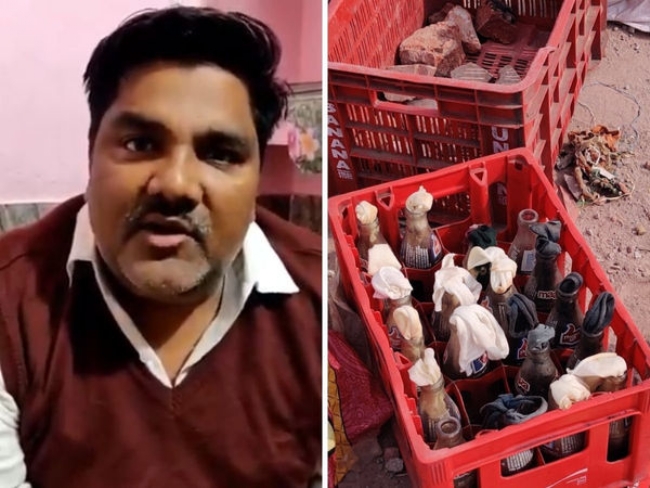 Mohammad Tahir Hussain, the Aam Aadmi Party (AAP) councillor from Nehru Vihar, was suspended from the primary membership of his party, after he was booked for murder, abduction and arson in connection with the death of Ankit Sharma, the Intelligence Bureau (IB) employee found dead in a drain in one of the areas in North East Delhi most affected by violence over the Citizenship Amendment Act (CAA) protests.

Hussain will remain suspended until the charges against him are investigated and he is cleared, the party heads said.

Delhi Chief Minister Arvind Kejriwal demanded the strictest punishment for those who indulged in violence. He also added that if any AAP leaders are involved, then they will get double the punishment.

Ankit, whose body was found in a drain near his home in Jafrabad, was allegedly attacked by a mob and stabbed to death on his way home on February 25th, 2020. The post-mortem report, released on February 27th, 2020, indicated multiple stab wounds across his body.

Hussain claimed that rioters barged into his house and he was trying to protect it from them. The AAP leader told rfeporters that he had asked police for protection. “Hussain has already given his statement in which he said that he gave all details to police and media about mob entering his house during the violence. He had asked police for protection. Police came eight hours late and rescued him and his family from his house,” said Sanjay Singh, AAP leader.

After the body was found, Ankit’s father Ravinder Sharma, who is also an IB employee, alleged that supporters of Hussain had killed his son. BJP leader Kapil Mishra also alleged that “Hussain is the killer”.

As per several media reports, stones, petrol bombs, catapults were recovered from the roof of Hussain’s house.

At least 38 people have been killed and over 300 injured as roving mobs armed with iron rods, sticks, bricks and guns took to the steeets committing arson and vandalism and terrifying residents.