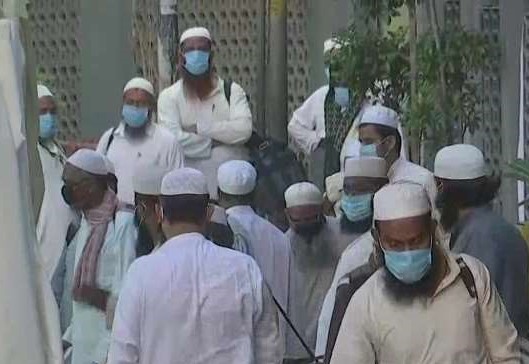 The Delhi Police has cordoned off the area around the Markaz Masjid located around 100 metres from the Nizamuddin dargah where around 200 people showed symptoms of highly contagious novel coronavirus (COVID-19) after taking part in a religious gathering a few days ago.

As reported, around 2,000 people from different parts of the country and Asia had attended a convention of Islamic preachers held by the Tabligh-e-Jamaat here from March 1st-15th, 2020. Several people who attended the congregation showed symptoms of COVID-19.

Delhi Police said the convention was organised without the permission from the authorities. While many returned home after the congregation, others stayed back at the mosque.

Earlier this month, the Arvind Kejriwal-led Delhi Government had banned religious, social, cultural and political gatherings as well as protests till March 31st, 2020 in view of the coronavirus outbreak in the national capital.

Kejriwal on March 30th, 2020 has ordered the registration of an FIR against a Maulana of Markaz in connection with the congregation in West Nizamuddin in South Delhi.

A medical camp has been set up and a World Health Organisation team also visited the Markaz.

The area around the mosque in Nizamuddin, near the ‘dargah’ (shrine) has been cordoned off and drones are being deployed to ensure strict implementation of lockdown. Delhi Police is also monitoring nearly 400 houses in the area.