Demand For Separate Bodoland Intensifies After Scrapping Of Article 370 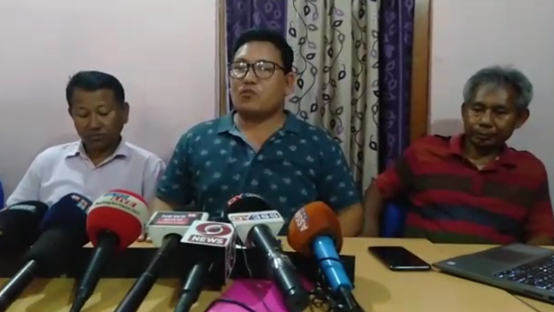 Addressing a presser here, ABSU president Pramod Bodo said, “The Centre has scrapped Article 370 of the Indian Constitution in Jammu & Kashmir. We welcome the move as this is indeed a great step for the country. Now, the Centre should look into our long-standing demand for separate statehood to Bodoland Territorial Council (BTC).”

The demand for a separate state of Bodoland started way back in 1967.  “The Union Ministry should immediately look into this matter or else, we will launch massive protests across the state,” the representatives of the three groups added.

It may be mentioned, Rajya Sabha MP from Assam and leader of Bodoland People’s Front, Biswajit Daimary on August 5th, 2019, urged the Union Minister for Home Affairs Amit Shah to ponder over in providing Union Territory (UT) Status to BTC.

The BTC is a territorial council which has jurisdictions in the Bodoland Territorial Area (BTAD) Districts. It was established on February 10th, 2003. The BTC has 46 executive members each looking after a specific area of control called somisthi.

Union Home Minister Amit Shah on August 5th, 2019, moved a resolution at the Rajya Sabha to scrap the provisions of Article 370 of the Indian Constitution in J&K and bifurcated the state into two Union Territories. The notification has been signed by the President of India. The J&K will now be governed by the laws applicable to other Indian citizens.