Dispur is in great dilemma about what to do with Akhil Gogoi now: Bhuyan 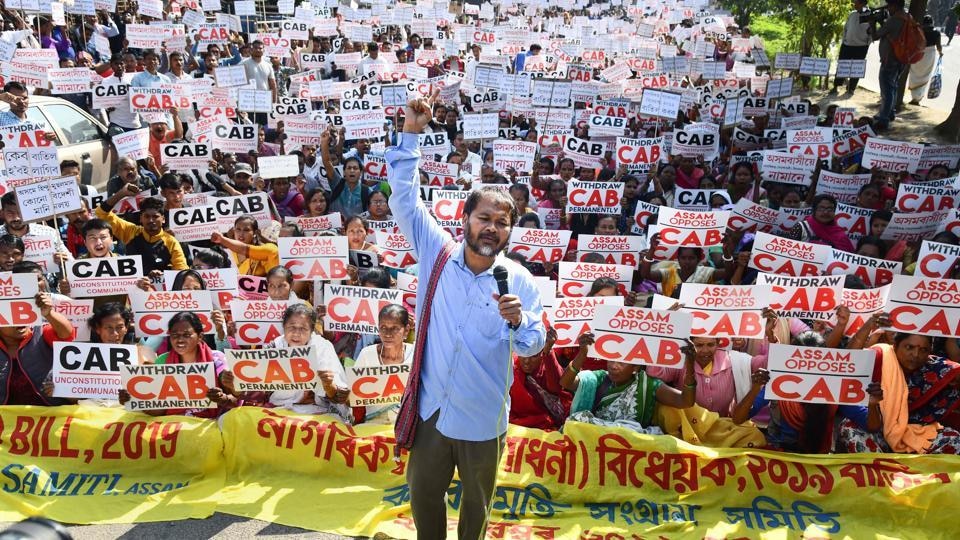 Guwahati: The recently formed Anchalik Gana Morcha, a political front for the regional parties of the state, on Friday, said that the BJP-led state government has been in great dilemma what to do with jailed Krishak Mukti Sangram Samiti (KMSS) leader Akhil Gogoi.

Rajya Sabha member-elect Ajit Kumar Bhuyan, who is also the chief convenor of the Morcha said, “Dispur is already exposed and caught in its own trap. Now they (the state government) are in great dilemma what to do with jailed KMSS leader Akhil Gogo.”

Claiming that arrest of Akhil Gogoi and his lengthy confinement inside the jail was illegal and revengeful, Bhuyan said, “The ill-intended arrest of Gogoi and other KMSS leaders have exposed the weakness, conspiracy and unplanned move of the state government. People of Assam have now been realising the truth and coming out to rescue the peasant leaders. After witnessing the wave of protests from across the nation, Dispur is frightened and confused on how to release Gogoi from jail now.”

It must be mentioned here that, earlier, a source of the Guwahati central jail authority said that a four-member team of doctors conducted the antigen test upon Gogoi on Wednesday at the jail premises result of which was found within less than an hour. However, the state government refrained itself from a formal announcement of the test result. Consequently, the government’s silence over the result forced the people of Assam to speculate that Gogoi was tested positive and resultantly it went viral throughout the day.

Taking cognizance of the silence, Bhuyan further said, “It proved, the state government is doing politics on the number of ‘positive’ and ‘negative’ results of the pandemic coronavirus”.

The chief convener alleged that the BJP-led state government has been misguiding the NIA particularly in the cases related to Gogoi and his aides.