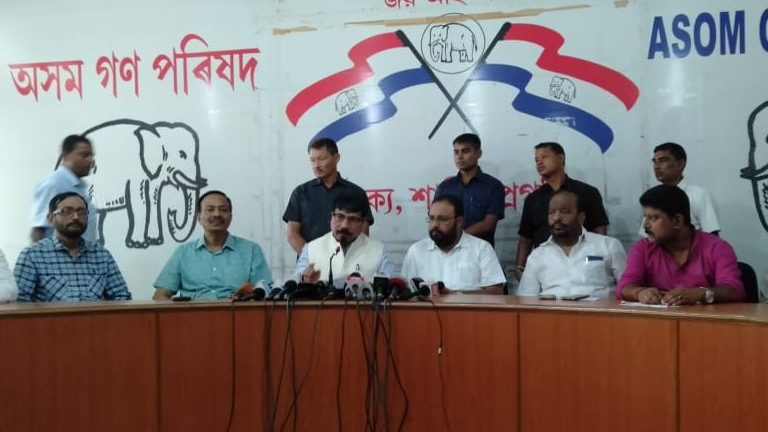 The AGP leader also added that the party is ‘not satisfied’ with the exclusion list and that the people of Assam are disappointed with the same.

It may be mentioned that the Assam government on August 31st, 2019 officially released the final NRC list where names of 3,11,21,004 persons were found eligible for inclusion, leaving out 19,06,657 persons including those who did not submit claims.

“We have been supporting the NRC updation process since its beginning and expected an error-free list. During the Assam Movement, it was clear that there was a huge influx of illegal foreigners in Assam. But the final list is not satisfactory,” said Bora while addressing a presser here on August 31st, 2019.

The Assam Movement was a popular movement against illegal immigrants in the state which developed a program of protests and demonstration to compel the Indian government to identify and expel illegal immigrants for the safeguards of the indigenous Assamese people.

The Minister said that his party is ready to provide all possible aid to the genuine Indian citizens whose names have been excluded from the list. “We will provide all possible help to indigenous people whose names were not enlisted in the final NRC. We are disappointed as less number of people’s names were left out of the final NRC list,” added Bora.

It may be mentioned that the process of NRC Update was started in Assam as per the order of the Supreme Court of India in 2013. Since then, the Apex Court has been closely monitoring the entire process.

The process of NRC update in Assam differs from the rest of the country and is governed by Rule 4A and the corresponding Schedule of the Citizenship (Registration of Citizens and Issue of National Identity Cards) Rules, 2003. These rules have been framed as per the cut-off date of March 24th,(Midnight), 1971 decided as per Assam Accord.