Diwali Dhamaka For BJP In 3 Assembly Seats In Assam 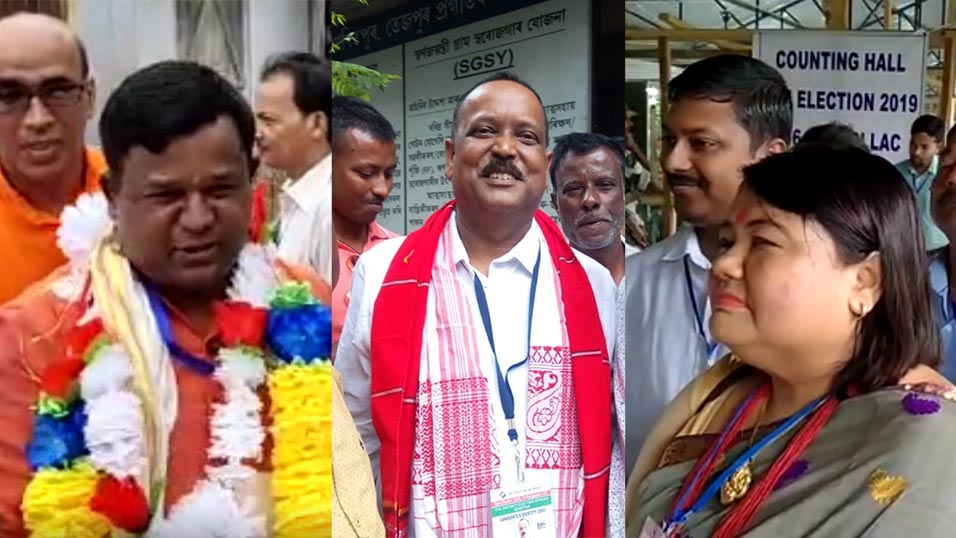 The workers and supporters of the saffron party went to celebration mode as the trends started coming on television screens and Election Commission of India (ECI) website. The party workers burst into celebration the BJP offices on October 24th, 2019. The BJP workers were seen bursting crackers and distributing sweets.

The by-election was necessitated after Abdul Khaleque of Congress (Jania), Pallab Lochan Das (Rangapara), Kripa Nath Mallah (Ratabari) and Tapan Gogoi (Sonari), all of the BJP, were elected as the Lok Sabha MP in May this year.

“The victory has once again proved that the people of this state and country have rejected the opposition parties. They have extended their support whole-heartedly to developmental works initiated by BJP Government,” a Ratabari BJP worker told newsmen.

A total of 6,77,367 voters had exercised their franchise in 830 polling booths to decide the fate of 20 candidates contesting in the bypolls for four assembly seats.