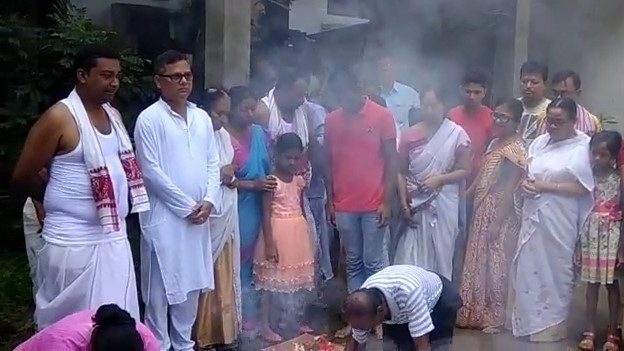 A senior resident doctor was beaten to death by an unruly mob after being assaulted for hours in the Teok Tea Estate under Teok Police Station in Jorhat district, on August 31st, 2019.

The deceased identified as Deben Dutta(73) was reportedly beaten by the angry mob after he allegedly reached late to the garden hospital for the treatment of one the workers who had sustained grievous injuries in an accident.

“Dutta reached the hospital at around 3 pm and till then the injured worker Somra Majhi succumbed to his injuries. The mob got enraged and physically assaulted Dutta and the welfare officer of the estate Jiban Kurmi,” said a police official.

The police official also said that they rushed to the spot soon after getting the information and rescued the doctor and the welfare officer. “We admitted them to the Jorhat Medical College and Hospital, but Dutta succumbed to his injuries. Kurmi was released from the hospital as he had sustained minor injuries,” added the police official.

Currently, the police have nabbed a total of 18 tea workers in connection with the case after a magisterial enquiry was ordered.

Meanwhile, the family members of Dutta have demanded that the case shouldn’t be taken lightly as an innocent man was killed by a mob. ‘He was still serving as a doctor in the tea estate after attaining retirement and this is the outcome,’ added a family member.