The team of healthcare workers came under attack of the mob when they reached the spot to take primary contacts of a COVID-19 patient who died, to a quarantine facility 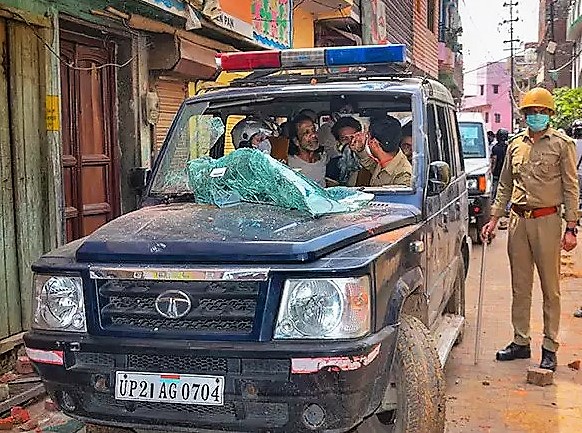 In an unfortunate incident, a team of doctors, medical staff and police personnel were attacked by the locals at Moradabad in western Uttar Pradesh.

The team of healthcare workers came under attack of the mob when they reached the spot to take primary contacts of a novel coronavirus (COVID-19) patient who died, to a quarantine facility.

Condemning the incident, Uttar Pradesh Chief Minister Yogi Adityanath has ordered the invocation of the stringent National Security Act (NSA) in such cases.

“Strict action will be taken against the accused under the NSA. Any loss to the public property will also be recovered from them,” Aditynath said.

The mob pelted stones and bricks at the ambulance and doctors and other medical staff. In the attack, the police party was also injured which came to rescue the health workers.

The angry mod also smashed the police jeeps with stones and bricks.

Amit Pathak, a senior police officer in Moradabad, told media persons that a COVID-19 patient had died in the area and the team of healthcare workers were trying to quarantine his immediate contacts.

When the family members started boarding the ambulances, around 150 people gathered in the lane and started throwing stones at the ambulances. “A police van was also damaged in the attack. We will soon identify the culprits and act against them,” Pathak said.