Fearing of any eventualities with the frequent earthquakes in the state, the Mizoram government held an emergency meeting 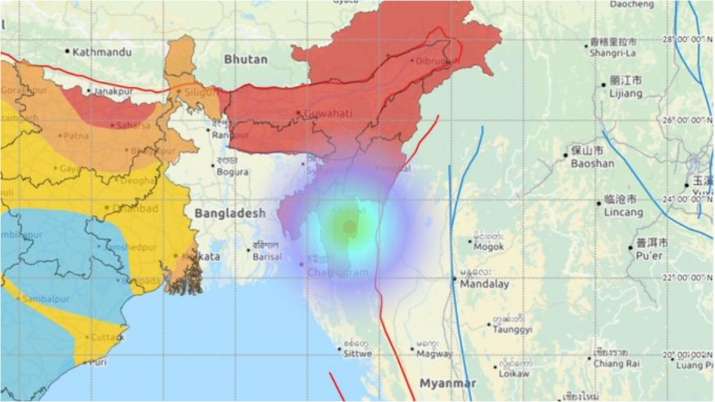 Guwahati: The northeastern state of Mizoram seemed like sitting on a ticking time bomb.

On Thursday, a moderate earthquake measuring 4.3 on the Richter scale occurred in the southwest area of Champai district of Mizoram. The earthquake occurred around 2.28 PM.

This was the eighth earthquake that has jolted the state in less than three weeks now. The last of them occurred on Sunday.

Fearing of any eventualities with the frequent earthquakes in the state, the Mizoram government on Monday held a meeting that was chaired by the state’s Home and Disaster Management Minister Lalchamliana to discuss the issue and take follow-up measures.

In one of the earthquakes which rocked Mizoram before a week measuring 5.3 Magnitude; several buildings, schools, churches, roads, and a historical site in Champhai district were damaged.

The Prime Minister Narendra Modi and Union Home Minister Amit Shah had also enquired about the damage then and assured Mizoram government of all support from the Centre.

The Northeast falls under seismic “Zone 5” which covers areas with the highest-risk zone that suffers earthquakes. Earlier, on Wednesday, an earthquake, 2.7 on the Richter Scale, had jolted Assam. Besides, tremors were also felt near Tawang in Arunachal Pradesh on July 7.