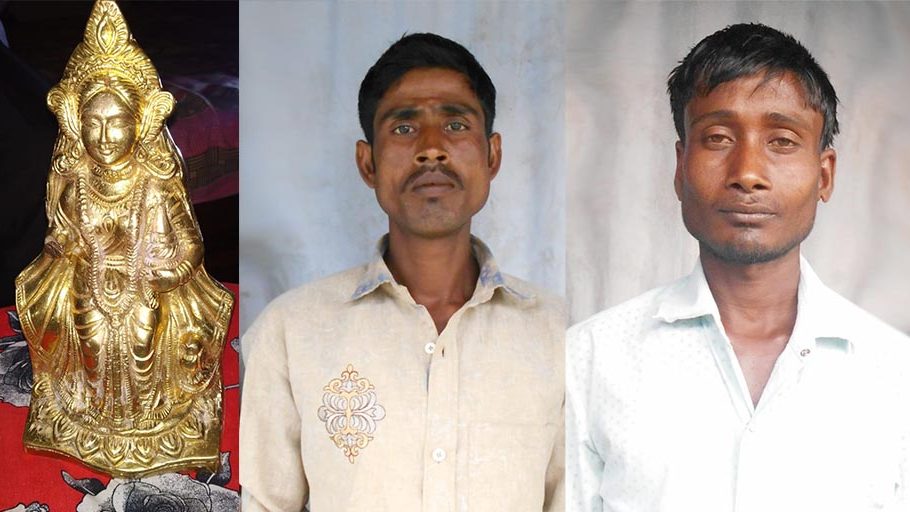 The accused have been identified as Moni Alom and Afil Uddin. Police arrested them on the basis of a complaint lodged by Amar Ali and Rafiqul Islam.

As per information, he sold idols made of duplicate gold to four persons of Baldoba area and looted around Rs 10 lakh. “He lured the people that if they bury one idol in the ground then they will find two when they will exhume,” police said.

Police suspected the involvement of more people in the fraud business. “They were operating their business in the region for more than a month. We are investigating the case,” police said.

However, a case under relevant sections of the Indian Penal Code (IPC) has been registered against the accused.