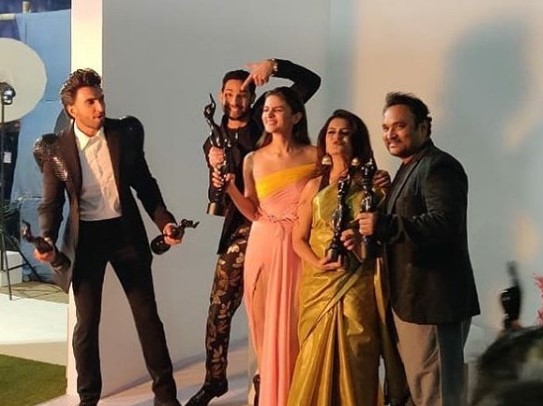 Zoya Akhtar’s Gully Boy swept through all 13 categories it was nominated in at the 65th Filmfare Awards, Gully Boy created history as the film with most Filmfare wins, beating Amitabh Bachchan and Rani Mukerji starrer Black’s previous record of 11 awards. The awards show was held this year at the Sarusajai Stadium in Guwahati, Assam on February 15th, 2020.

The function was held outside Mumbai for the first time. The show began with tributes to noted filmmakers from Assam Jyotiprasad Agarwala and Pramathesh Chandra Barua.

Here is the complete winners list of 65th Filmfare Awards: