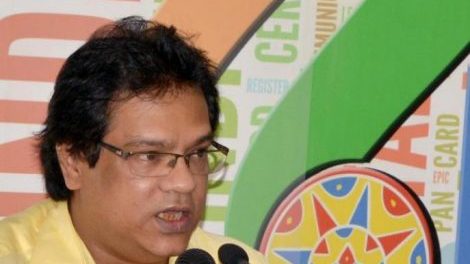 An FIR has been lodged against the Supreme Court-appointed State National Register of Citizens (NRC) coordinator, Prateek Hajela at the Dibrugarh Sadar Police Station on September 5th, 2019

The FIR has been lodged against Hajela by a member of Bengali-speaking Development Council and All India Legal Aid Forum, Chandan Mazumdar.

Mazumdar, who is a resident of Shantipara area of the town lodged the FIR after the names of his family members did not figure in the final NRC list. The case has been registered under section 120(B)/166/167 of the Indian Penal Code.

As per Mazumdar’s allegations, despite submitting the legacy data of 1951 along with other requisite documents, the names of his family members were missing from the final citizens’ register list. “Bengali people living in Assam are being targeted. If the need arises, I will move the Supreme Court seeking justice.”

The Assam Police on September 5th, 2019 said it has registered two cases against Hajela and other unidentified officials for alleged anomalies in the final NRC list. All Assam Goriya-Moriya Yuva Chatra Parishad and NGO Assam Public Works have lodged FIR against the State NRC Coordinator in Guwahati and Dibrugarh.

Denouncing the final NRC list, the Assam unit of Rashtriya Bajrang Dal has called a 12-hour state-wide shutdown on September 6th, 2019. The ruling Bharatiya Janata Party in the state is crying foul over the NRC updation exercise.

The BJP workers in Hailakandi burnt Hajela’s effigy on September 5th, 2019 accusing him of the death of Sabitri Roy, who had committed suicide allegedly by setting herself ablaze at Station Road area on September 4th, 2019 over the exclusion of her name from the final NRC list.