The incident took place at a check post near Moreh, a town on the border of India and Myanmar in Tengnoupal district of Manipur 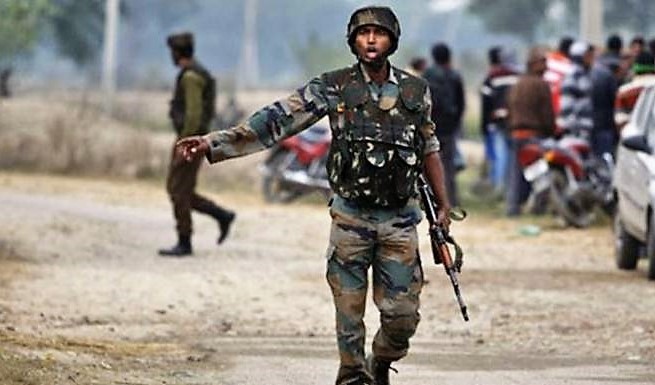 An FIR has been lodged against an Assam Rifles (AR) rifleman for allegedly molesting a woman IPS officer on duty.

As per reports, the incident on January 19th, 2020 at a check post near Moreh, a town on the border of India and Myanmar in Tengnoupal district of Manipur. The rifleman has been identified as PK Pandey.

The IPS officer is posted as the sub-divisional police officer in a district in the state. In her complaint, the victim mentioned that the incident took place when she was on her way back after an official visit to Moreh with uniformed escorts.

When one of the escorts approached the inspection party at Khudengthabi check post for registration and identification, Pandey allegedly detained the IPS officer and one of the escorts, despite showing ID cards. The victim alleged that the Assam Rifles jawan threatened to detain the police team till midnight.

The IPS officer claimed that Pandey “physically assaulted and molested” her. The jawan also thrashed her escorts when they tried to intervene, the victim said in her complaint. The situation reportedly come under control after the Major at the check post intervened.

A separate complaint have also been lodged with the Manipur State Commission for Women against Pandey and his commanding officer.