Dilip Ghosh had said that the governments in Assam, Karnataka and Uttar Pradesh had shot dead ‘like dogs’ those protesting against the Act 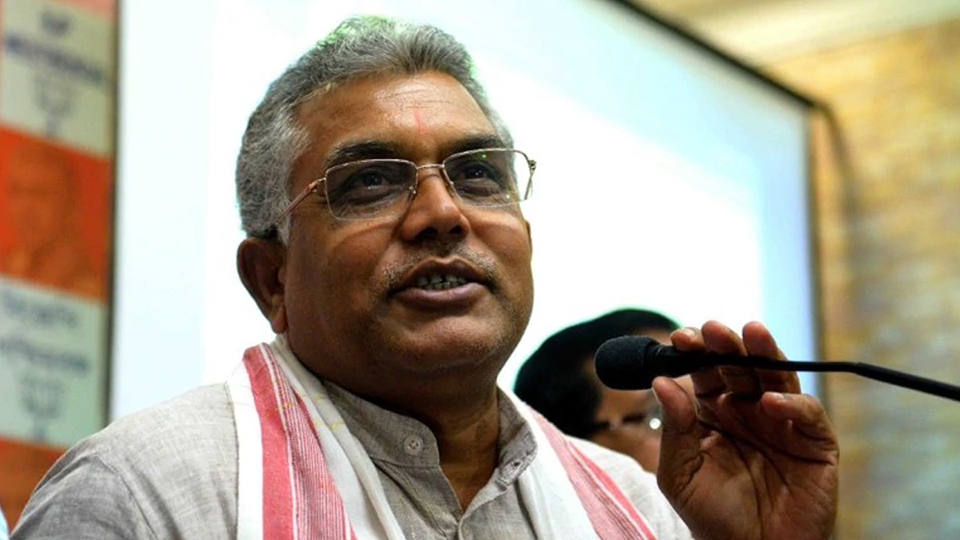 A police complaint was lodged on January 14th, 2020, against the Bharatiya Janata Party (BJP) West Bengal unit president Dilip Ghosh for his threat to ‘beat up’ and ‘shoot’ anti-Citizenship Amendment Act protesters.

The complaint was lodged with the Ranaghat police in Nadia district by a Trinamool Congress worker Krishnendu Banerjee alleging that Ghosh was inciting communal passion.

On January 12th, 2020, while addressing a party rally in Ranathat, Ghosh had said the governments in BJP-ruled Assam, Karnataka and Uttar Pradesh had shot dead ‘like dogs’ those protesting against the Act. This triggered massive resentment among the people.

Alleging there were one crore infiltrators in the state, Ghosh had accused them of destroying public property worth Rs 500-600 crore during the violent protests against the Act last month.

He had also accused the state’s Mamata Banerjee government of remaining silent a spectator to the violence. “In Assam, Uttar Pradesh and Karnataka, our governments have shot dead these devils like dogs. They were taken elsewhere and then again cases were filed against them. They will come here, eat, stay, and then destroy property. Do they think this is their zamindari?,” he added.

Besides, he said, “We will hit them with sticks, shoot them and also send them to jail once a BJP government is installed in the state. Our governments have done exactly that. Banerjee doesn’t have the guts to do anything.”

On Sunday, the average speed of freight trains was 43.08 kmph against 24.02 kmph on June 28 last year
Read more

On Tuesday, the state had recorded the biggest ever jump in the COVID positive cases with at least 572 COVID19 positive cases. Out of them, 380 cases were from Guwahati city alone
Read more