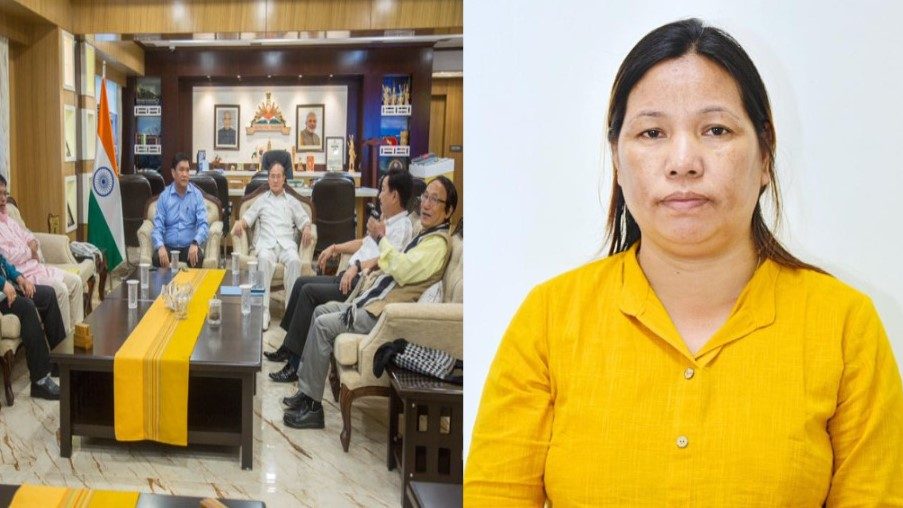 Five political parties of Arunachal Pradesh has decided not to field any candidate and unanimously support Chakat Aboh, wife of Tirong Aboh, the sitting MLA of Khonsa West Assembly seat as consensus candidate for the forthcoming By-poll.

MLA Tirong Aboh, his son along with nine others were shot dead in broad daylight by suspected NSCN-IM militants on May 21st, 2019. The MLA was shot dead at 12 Mile area in Tirap district, two days before he was declared elected from Khonsa West seat as a National People’s Party (NPP) candidate.

The all-parties meet convened by CM Khandu decided that the parties will stand against any outside party contesting in the polls and jointly fight to ensure Chakat’s victory. The decision has been taken in a bid to pay tribute to the slain MLA who sacrificed his life for the state.

Aboh further urged her supporters and well wishers not to lose courage – instead stay bold and united to bring fruitful result in the days to come, she informed that she would file nomination as an Independent candidate as suggested by all political parties of the state.

She also appreciated the people of capital complex, Itanagar especially the Nyishi, Apatani and other communities for their cooperation during her tough times.

Chief of Dadam Wangchu Lowang further appealed the people of 56-Khonsa West Assembly Constituency to be a part of the democratic process and help conducting fair and peceful by-election without any forceful or unlawful activities.