‘Framework Agreement’ is interpreted to suit the interest of the Centre: Naga Hoho

On July 11, 6 boys were gunned down by the 6 Assam Rifles near Nginu village of Longding district in Arunachal Pradesh that blurred the efforts to peace and settlement. 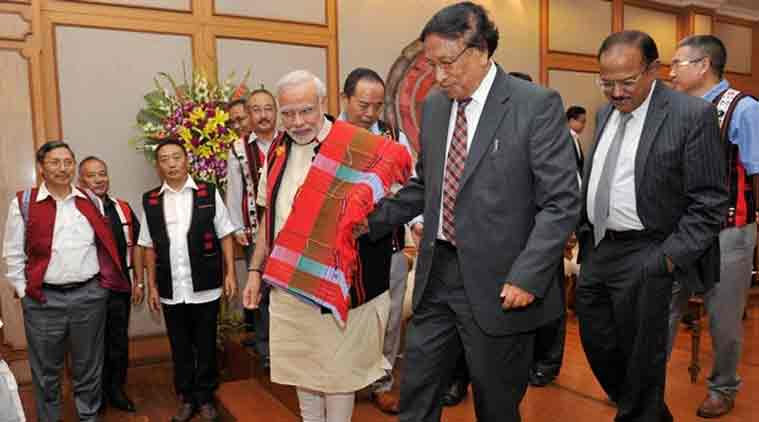 GUWAHATI: Expressing concern over the alleged unfavourable and unexpected development on the part of the Government of India, the Naga political umbrella, Naga Hoho said that the ‘Framework Agreement’ was interpreted to suit the interest of the government of India.

In a letter written to Prime Minister Narendra Modi on July 28, the Naga Hoho said, “It has been five years since the ‘Framework Agreement’ was signed between the Government of India and the National Socialist Council of Nagaland (NSCN) / Government of the Peoples’ Republic of Nagaland (GPRN). Till date there is no tangible solution. We feel that the framework agreement has been interpreted to suit the interest of the government of India.”

Stating that the Nagas desire the earliest clarification on the progress and position of the framework agreement, the umbrella body said, “While the Naga people, both young and old, have been expecting with great hope for a peaceful settlement, the government of India have announced and declared that, formal talks on Indo-Naga political issue has concluded on 31st October 2019. This is not only surprising but also disturbing and more so with many unwarranted turn of events.”

Taking reference of the extension of the Armed Forces (Special Power) Act, the Naga Hoho alleged that the Indian army continued to operate against peace and the people and there is a rise in violence, confrontation and killings like the free ceasefire periods.

On July 11, 6 boys were gunned down by the 6 Assam Rifles near Nginu village of Longding district in Arunachal Pradesh that blurred the efforts to peace and settlement. “We express that all principles and framework agreed upon must be respected and not be changed unitarily,” it further said.

Stressing that the government of India and the Nagas have signed several agreements in the past, the Naga Hoho said, “The agreements did not yield in bringing honourable, acceptable and desired solution so far. The Nagas feel it is due to lack of honest political will and sincerity from the successive governments of India.”

The umbrella body also alleged that the Governor of Nagaland, who is also the interlocutor to the Indo-Naga Peace Talks, is functioning in an autocratic manner without any regard and respect for what has been achieved so far. “With the appointment of RN Ravi as Governor, it was hoped to expedite the peace process. Instead, he is breaking the hard-earned trust and faith of the people and rendering the 23 years of negotiation meaningless by smearing the Naga history and also the political groups with whom the government of India is engaged in a negotiation,” the Naga Hoho added.