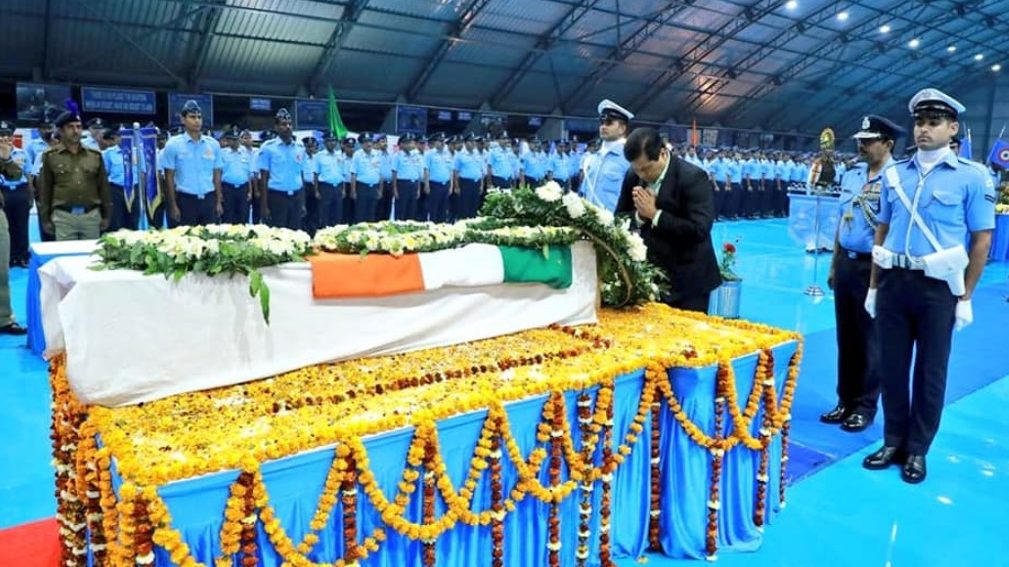 As soon as Prime Minister Narendra Modi, asked the Indian Military to decide time, place of respond as per India’s new “neeti” and “reeti”,(resolve & ways)  thereafter possibility of attack on Pakistan  looming large soon after the  Prime Minister lead  Cabinet Committee already given green signal for any response as required for the time.

“Please Get up early, it is morning now” this was CRPF Head Constable Moneshwar Basumatary who called for the last time to his daughter at 5:30 O’ in the morning, 14th February so that his daughter Doidonshree Basumatary can join to her daily work in without wasting valuable morning hours. “I will come home soon”- it was the last words of the last conversation to his daughter, on the day of his death at suicide bombers attack at Pulwana on Jammu- Anantanag Highway.

Maneshwer never came to home as he promised to his daughter, rather today his mortal remains came to his wife and daughter in a coffin, not only like a father rather as a gallant war hero to his own house at Kolabari at Tamulpur. Yes, he was and is always a hero for Assam for all the time.

Moneshwer talked to his wife Sanmoti for the last time at 2:30 AM at wee hours while he started his last journey in his convoy from Jammu to Sri Nagar.

Moneshwer was born on 1st June 1971, it was only the Sanmoni Basumotary who grew two children as throughout the service life as Moneshwer only roomed from place to place as part of his posting. In 1994, he joined in CRPF as fresh recruit passing Higher Secondary Examination from Tamulpur Higher Secondary School.

Maneshwer, came last to his family, at Kolabari, Tamulpur, January last, spending a month with the family he again left for forwarding posting in Jammu just ten days before. Just before living home, on the way to Jammu, he told, “I had mind to click a group photo with all of you, I do not know what may happen to me, as I am now posted at Kashmir”.  However, destiny had not allowed fulfilling his last wishes…it shall remain unfulfilled for forever.

His mortal remains were cremated on Saturday last with full military honour at Kolabari. His beloved son Doidinshree and daughter Dhananjaoy never got the opportunity to have a last look to their father as like Sanmoti to her dearest husband.

A peaceful family had lost their husband, father and brother. Neither any favour nor any amount of money can compensate for the absence of Maneshwer. He shall remain alive in the memory of time and history.

After Pulwana suicide attack, intelligence agencies now warned the Northeastern states to remain alert to for any kind of untoward incidents as happened in Pulwama. It is indeed much essential as to remain alert as Assam witnessed the tragedy of a car bomb blast. NDFB triggered serial blast in Assam on 30th October, where more than 80 people died and 500 people injured.

Unlike those Kashmiri militant outfits, Northeast is much susceptible to the threat of Jamaat-ul-Mujahideen, a militant outfits based in Bangladesh. As per reports, JMB is financed by Islamic organizations of Kuwait, Bahrain, Pakistan, Libya and Saudi Arabia, fighting for the revival of Islamic Heritage.

AIUDF MLA, Aminul Islam, literally mocked at the death of 40 CRPF personals, died at the fidayeen attack in Pulwama. The man who built his political career over on minority sentiments now is branding the militants’ attack on security forces as mere election issues on the eve of parliament election in both India and Pakistan.