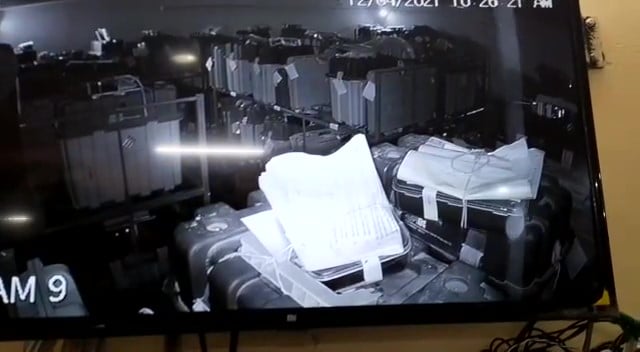 GUWAHATI: Tension broke out in Assam’s Cachar district’s Udarbandh area on Monday morning when a CCTV camera installed for monitoring the security of the EVM machines at a strong room captured something ‘unusual’.

Immediately, election department officials were alerted. A team of election officials immediately reached the spot and found that there was a shadow-like object seen moving inside the strong room.

However, after seeing the footage of the CCTV on a large monitor, it was suspected to be nothing but possibly spider net threads which were moving with the wind and camera movements.

After showing the footage to the polling agents of various political parties, they were convinced that it was not a human being inside the strong room.

AK Azad Laskar, an election agent of All India United Democratic Front (AIUDF) said, “We have seen the footages and convinced that it’s not a human. It might be a spider net. We have full faith in the security and administration.”

Read more : “Shifting of candidates by Mahajot is a drama”: AGP on horse-trading