A total of 19,06,657 people were found ineligible including those who did not submit claims for inclusion in the final NRC list 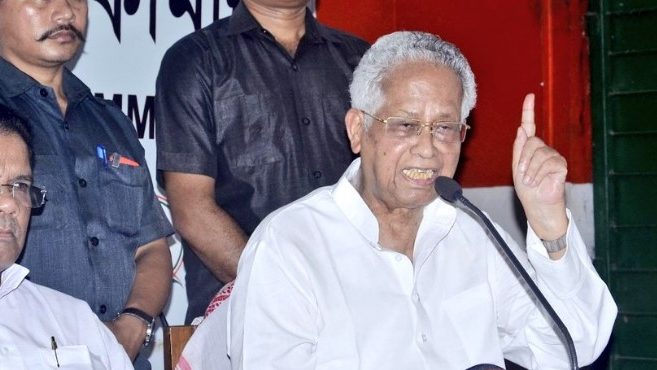 Former Assam Chief Minister and veteran Congress leader Tarun Gogoi questioned the silence of Union Home Minister Amit Shah after the publication of the final list of the National Register of Citizens (NRC) in the state.

“Shah has been shouting that he will deport 40 lakh foreigners from the state but what has happened to him now? He is mute after the publication of the final NRC list because he has faced resentment from his own party leaders,” said Gogoi in a TV interview on September 2nd, 2019.

According to Gogoi, Shah being the Home Minister has the responsibility to “speak up on the issue instead of remaining silent”. He also said that Assam Chief Minister Sarbananda Sonowal should now take a stand and make the excluded persons believe that the government is with them.

The former Chief Minister further said that he will appeal to the Chief Justice of India (CJI) Ranjan Gogoi over the entire issue. “I will approach the CJI and ask him whether the NRC was implemented and published under his directions. The entire process is a waste of paper and nothing else,” said Gogoi.

The Congress leader also took to Twitter to hit out at Assam Finance Minister Himanta Biswa Sarma and said that he has no right to speak on the updation exercise of the citizens’ list.

“If anyone is to be blamed, it is the Bharatiya Janata Party (BJP) and not the CJI. As the Supreme Court only gave directions, it was the government who implemented it,” he said.

The NRC updation work started in the year 2013 after the Supreme Court promulgated an order. A total of 3,11,21,004 people were found eligible for inclusion in the final list which was published on August 31st, 2019. While a total of 19,06,657 people were found ineligible including those who did not submit claims.