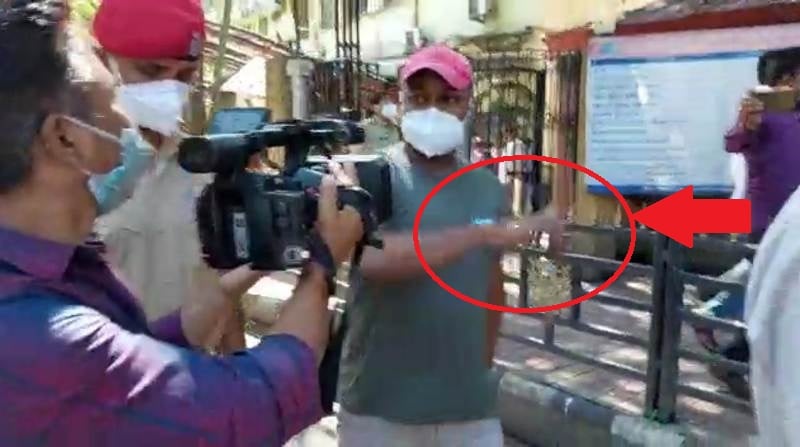 On Wednesday, SI Badri Prasad Baruati was produced before the court of the Chief Judicial Magistrate (CJM) here in Guwahati.

The accused officer, who seemed to be very rude, deliberately tried to stop the city-based journalist from shooting his visuals, had aggressively smashed the camera with his bare hands.

The entire incident was recorded in a camera.

As per police reports, SI Badri Prasad Baruati was picked up by the Bharalu police on Tuesday for his alleged involvement in selling smuggling gold for a long period of time.

A team of Guwahati Police earlier on Tuesday night conducted a raid at the residence of two Government Railway Police officers in Nagaon.

During the raid, the police seized the percentage of the amount of Rs 8 lakh which Badri Prasad Baruati procured after selling the gold. The police also seized his car.

In the second raid, the police also recovered another huge sum of money from the residence of sub-inspector Nagaon GRP Barnali Bora.

Notably, Nagaon SP Anand Mishra was also present during the operation along with the Guwahati police.

The Bharalu police earlier arrested two persons along with gold worth around Rs 50 lakh.

Based on their confession, the city police conducted a raid at SI Barnali Bora’s residence in Nagaon.

It may also be mentioned that Government Railway Police (GRP) sub-inspector Badri Prasad Baruati was presently posted at Guwahati Railway Station, whereas, Barnali Bora posted in Nagaon arm of the Railway Police.