Govt Can’t Be Formed In Assam in 2021 Without Congress’ Support: Tarun Gogoi

Congress and the new regional party, if formed and needed, will fight together against the BJP in the next Assembly election: Tarun Gogoi 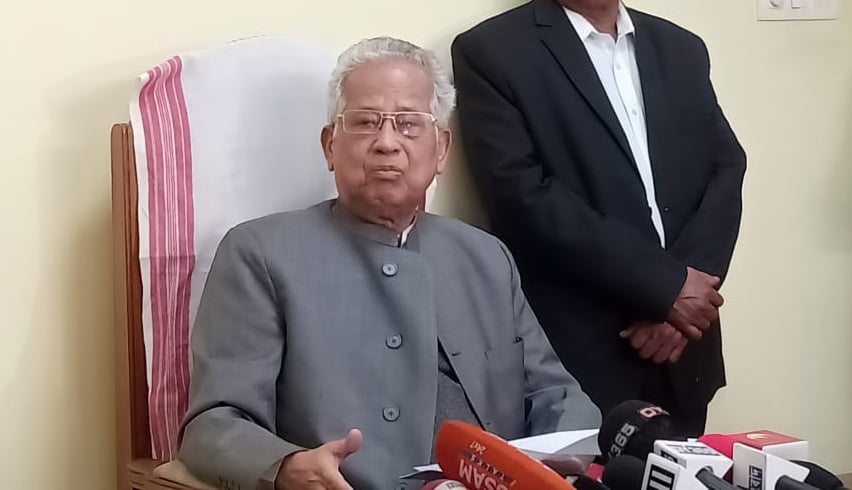 Former Assam Chief Minister and senior Congress leader Tarun Gogoi on January 16th, 2020, said the government cannot be formed in the state in 2021 without the Congress’ support.

Addressing a press conference, Gogoi said, “We would welcome if a new political party is formed. We will fight together against the Bharatiya Janata Party in the next Assembly election.”

Talking about any possible alliance if any political party is formed, Gogoi said, “Definitely, we may go for an alliance. BJP has also its allies. There may be differences in ideologies between us and the new party but our main similarity is opposition to the Citizenship Act.”

Slamming the state Chief Minister Sarbananda Sonowal and Finance Minister Himanta Biswa Sarma, he said, “People know how Himanta is. But, it is unfortunate that Sonowal betrayed the people of the state. Now, he faces black-flag protests everywhere.”

It may be mentioned that an anti-BJP wave has hit the state after the BJP-led NDA government passed the controversial Citizenship Amendment Bill. An idea of forming a new regional political party has also surfaced.

On the occasion of this special day, TIME8 got in touch with a few of the office-bearers to know their 'best teachers'
Read more
<span class="td-page-meta" itemprop="logo" itemscope itemtype="https://schema.org/ImageObj