I have a firm belief that people of Assam, as usual, will maintain peace for all time to come: Sarbananda Sonowal 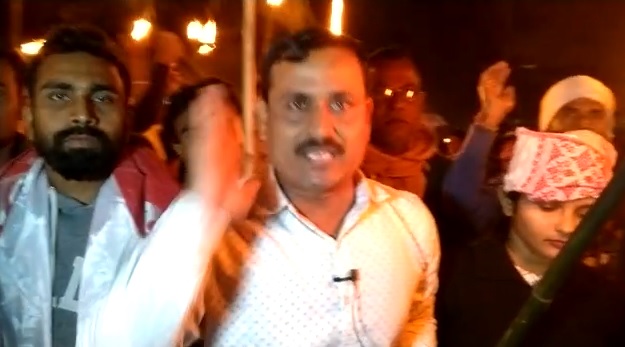 As thousands took to the streets of Guwahati to protest against the Citizenship Amendment Bill defying an indefinite curfew imposed by the authorities, police had to resort to blank firing to control the raging protestors. Several people were reportedly injured in the police protester clash.

Many left parties have announced for a nationwide protest on December 19th, 2019 against the Bill, according to a statement.

Meanwhile, Assam Chief Miniter Sarbananada Sonowal has appealed to the people to maintain peace and tranquility. “It’s our cultural, social and spiritual tradition. I have a firm belief that people of Assam, as usual, will maintain peace for all time to come.” He was quoted as saying.

Additional Chief Secretary (Home and Political) Kumar Sanjay Krishna has informed that the internet services have been suspended for another 48 hours, in Assam beginning from 12 noon today.

The transport services have been severely hit as several trains and flights were canceled owing to the law and order situation. Several passengers were stranded at the IGBI airport due to indefinite curfew and internet clampdown in the city.

In wake of the anti-CAB protests in Assam, Union Home Minister Amit Shah has deputed senior National Investigation Agency(NIA) officer GP Singh as officer in charge of law and order in Assam. He is an Assam cadre officer, presently working as the inspector general of the NIA.