In a viral video, Imam is seen making controversial statements saying that Muslims are in such numbers that they can cut out the entire Northeast from the rest of India 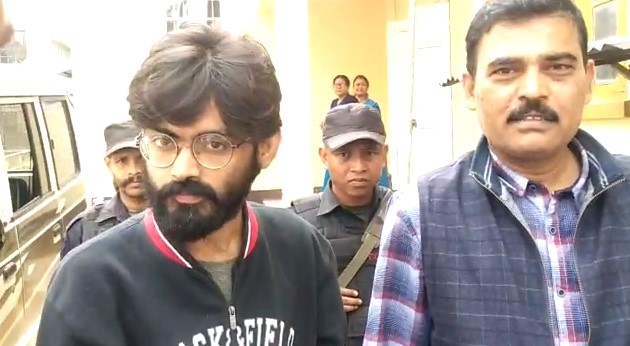 He was taken to the Gauhati Medical College and Hospital for medical check-up on February 24th, 2020. After his checkup, Imam was produced before the chief judicial magistrate’s court which sent him to four days police remand.

Assam Police said Iman had visited the state in 2016. The police is trying to link between him with any local organisation or individual.

In a viral video, Imam is seen making controversial statements saying that Muslims are in such numbers that they can cut out the entire Northeast from the rest of India.

In the viral video, Imam is heard saying, “If we have 5 lakh organised people then we can permanently cut North-east from India or at least for one-two month. Put so much (unclear) on the roads and tracks that they cannot even remove it for a month. It is our responsibility to isolate Assam from India, then only they will listen to our voice.”

He adds, “It is our responsibility to cut Assam from India. You know what is happening to the Muslims in Assam…NRC is already applied there, they have been put in detention centers. We may come to know that in the coming six-eight months all Bengalis have been killed either Hindu or Muslim. If we want to help Assam, then we will have to stop the way to Assam for the Indian Army and other supplies. We can do it because the Chicken neck of India (Siliguri Corridor) belongs to the Muslims.”

Imam is a graduate in computer science from IIT-Mumbai and had shifted to Delhi for pursuing research at the Centre for Historical Studies at the Jawaharlal Nehru University.

A separate post DIG of Police in BTAD in addition to the existing post of IG has been created as per the Bodo Peace Accord
Read more
<meta itemprop="headline" content="In a viral video, Imam is seen making controversial statements saying that Muslims are in such numbers that they can cu