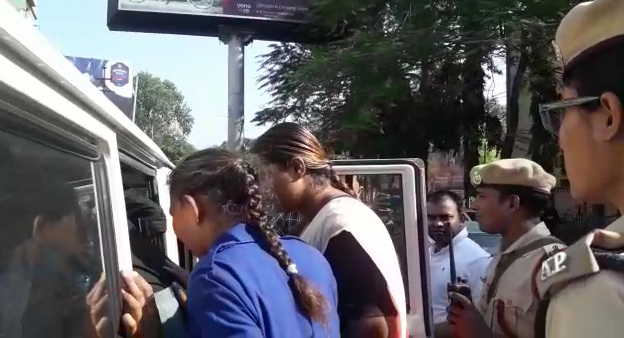 The Latasil police on November 27th, 2019 arrested four women members of Irani gang who were carrying out extortion activities in the city for the last few days.

As per reports, the members of the gang were first spotted by the locals near Guwahati Railway station a few days back where they were demanding money from pedestrians.

A local said, “Yesterday evening I saw them near Maligaon railway gate and they were demanding money from passersby. They have a piece of paper with them which has some details in it and is hard to understand.”

“When I gave them Rs 50, they rejected it and started demanding a large amount. The paper with them has information that they are from Rajasthan and they need money to rebuild their houses which were destroyed in a natural calamity. I don’t think it is true,” said another local.

As the group of four women were gheraoed by the public along with other journalists, on intimation the Latasil police rushed to the spot and nabbed them.

A total of 20 members are there in the Irani gang and they are located in other parts of the city, as per reports.