Guwahatians Switch To Cricket, Cards And Conversation As Mobile-Internet Cut Off Continues

Although the broadband services have resumed in Assam, the mobile internet remains suspended 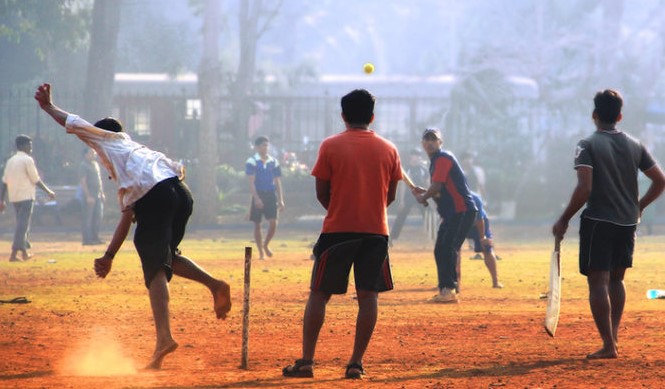 As the online networking systems ceased to operate due to the suspension of internet services in the busiest city of Assam, Guwahatians have switched to the long lost outdoor activities, card games to kill boredom.

A student Sayani Chakraborty(name changed) admits that she was addicted to the internet and most of the works were done via emails and WhatsApp and life came to a standstill after the mobile internet has remained shut since December 11th, 2019.

“I was angry and frustrated for sometime but being virtually cut off from the world has given me a new lease to life. I have started striking real conversations with my friends, go out for walks and even join outdoor activities.” She added.

“I hardly remember when I went for an outdoor activity as most of the time I was busy engrossed in online games, browse YouTube videos. Since there is no mobile net I barely use my phone.” he said.

“Now every evening we meet at the nearby field and play cricket. It is fun and refreshing which includes physical activity,” he added.

It may be mentioned that Assam, other Northeastern states including West Bengal and the capital city has been on the edge after the Citizenship Amendment Bill which seeks to grant Indian citizenship to six communities from Afghanistan, Pakistan and Bangladesh was passed in the Rajya Sabha and turned into a legislation.

Sporadic violence was reported from parts of Assam. The Guwahati streets turned into a battlefield as the police resorted to blank firing, shelling tear gas, water canons who fought back.

Indefinite curfew was imposed in Guwahati and internet services were suspended since December 11th, 2019 keeping in view of the law and order situation.

However, things were seen limping back to normalcy after the authorities lifted curfew in Guwahati on December 17th, 2019 and restored broadband services in entire Assam.