Handicraft of Sarthebari yet to receive attention it deserves; MP Abdul Khaleque 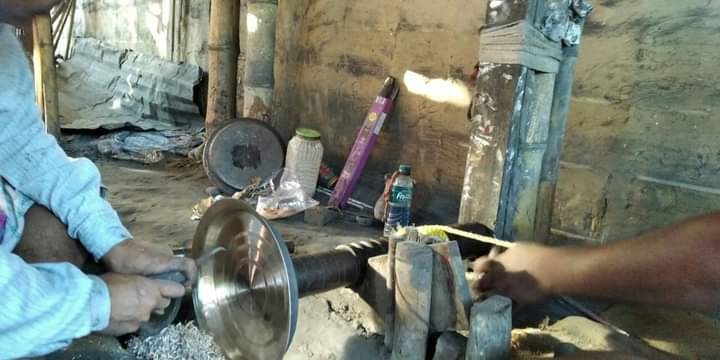 Guwahati: Barpeta MP Abdul Khaleque has written to the Centre seeking special package to promote and market the handicrafts of the traditional bell metal industry at Sarthebari in Assam, the second largest handicraft industry in the state.

Khaelque, on Wednesday in a letter to union minister for women and child development and textiles Smriti Zubin Irani,  asking to intervention and direction to the concerned department to take up the issues of ell metal industry, said, “The handicrafts of Sarthebari is yet to receive the kind of attention and support it deserved. In this age of competition and modern industry, these traditional handicrafts are being pushed behind.”

“The people involved in this traditional business are highly skilled and talented, but they are devoid of the promotion and the return which they deserve. Over the years the industry has not received the much-needed attention”, Khaelque added.

The first time MP sought a special package to promote and market the handicrafts, saying unless it is done, this industry will find it difficult to breath for a long time and might walk into the lanes of history in near future.

“Sarthebari holds a unique place in the production of kanh (bell metal) utensils. Utensils of kanh have many religious uses and the most unusual utensils, Sarai bata and banbati are used to give offerings and puja or to show respect to honoured guests and dignitaries. The place has more relevance since Vaishnavite culture is prevalent in the area and Barpeta Town was the Karmabhoomi of the great Vaishnavite Saint Shrimanta Shankardeva and Madhavdeva”, the senior Congress leader further added in his letter.