In 2015, Jadav Payeng was honoured with Padma Shri, the fourth highest civilian award in India, for his contribution to conserving the environment 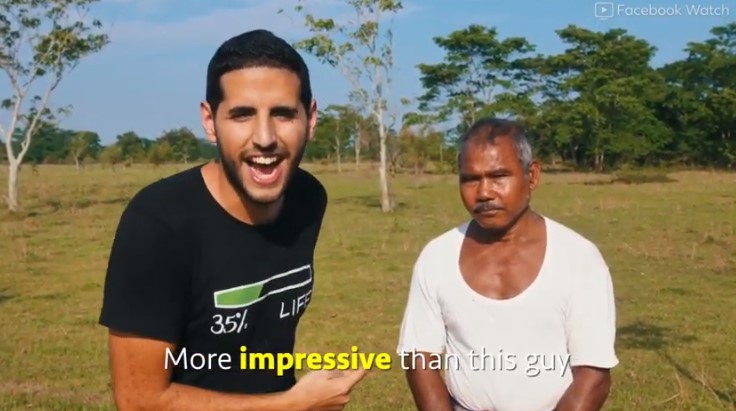 A farmer and an environmental activist, Payeng started his crusade to protect wildlife and environment way back in 1979. Over the course of several decades, Payeng single-handedly has planted trees on a sandbar of the mighty Brahmaputra river turning it into a 550 hectares forest reserve. This man-made forest is located near Kokilamukh of Jorhat, Assam.

In 2015, Payeng was honoured with Padma Shri, the fourth highest civilian award in India, for his contribution to conserving the environment. He was named as the ‘Forest Man of India’ by former JNU vice-chancellor Sudhir Kumar Sopory.

Recently, Nas was in Assam and had interviewed Payeng. In the interview, Payeng talks about how he converted a barren land into a thriving forest. Within an hour after the video was shared on social media on November 11th, 2019, appreciations for Payeng from across the globe.

Netizens sent him ‘love’ and lauded his silent effort to protect and conserve the green patch. Many called him a ‘hero’, ‘humble’ and inspiration’. Payeng’s forest is also home to many wildlife animals.

Check out some comments:

While introducing Payeng to his audience, Nas says he has “never seen more impressive guy than Payeng because this guy with his bare hands planed a forest.” “This simple farmer has become a role model for millions of people. His forest is bigger than the Central Park in New York,” Nas quips.

In the course of the interview, Payeng shared that he wants to write a book on how to plant trees. “Because he believes if we can educate our children from a young age and make them understand the importance of nature, we can fix today’s problem,” Nas adds. Payeng still continues to plant trees in his forest and says he will “never stop”.

However, though the video received heaps of praises, fans were quick to point out that ‘Payeng hails from Northeast India’ and not ‘Northern India’ as shown in the video. Nas was quick to respond and wrote on Facebook,” Yes, correct. I should have said NORTH EASTERN INDIA. My bad!”

Nas shared that it took him a lot of effort to locate Payeng. “I had to cross oceans, drive to the middle of nowhere, walk in the middle of a swamp just to share his simple message with you. If you do something good, if you help just a little bit, every day for many days, sooner or later, you will create something much bigger than you. Something that will change the world for the better,” Nas ends the video with this powerful message.

A small change can make a big difference and Payeng is proving it every day.