Himanta To Table CAG Report On ‘Erroneous NRC’ On Dec 5

There is a threat of security crisis in Assam and precautionary measures should be taken: Himanta 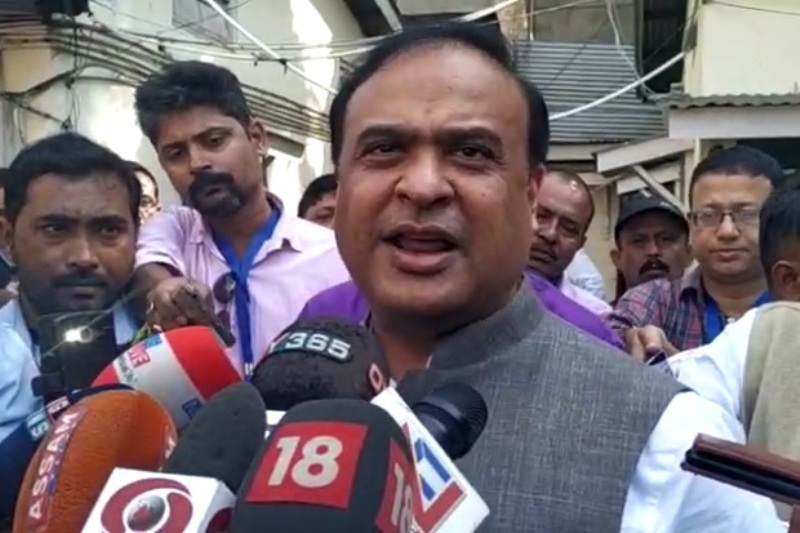 Assam Finance Minister and North East Democratic Alliance convener Himanta Biswa Sarma on November 28th, 2019 said that the Comptroller and Auditor General(CAG) of India has detected huge anomalies at the NRC list and that he will table the report at the ongoing winter session of the Assam Assembly on December 5th, 2019.

“The present NRC is full of errors and on December 5th we will present a CAG report consisting of all the facts. The CAG had found the irregularities and anomalies in the NRC. We did not make it public because of the updation process of the NRC. But the final list is out now and we will make it public.” Sarma said while addressing the media.

The Minister stressed on a common national-level NRC for the entire country with a uniform base year.

The announcement came after an FIR was registered against former state NRC coordinator Prateek Hajela by the Assam Public Works (APW), with the CBI alleging misappropriation of the NRC fund.

While talking about the noisy scenes on the first day of the Assembly with opposition parties Congress and AIUDF staging protest against NRC and CAB, the Minister claimed that only the persons with ‘vested interests’ want the present NRC.

“The indigenous people of Assam are not satisfied with the NRC but political party leaders from AIUDF and Congress are satisfied with the list. If Rockybul Hussain, Badruddin Ajmal have expressed their resentment for the scrapping of present NRC this clearly shows that people with vested interests do not want a change in the list,” the Minister said.

It may be mentioned that on November 20th, 2019, the Assam government welcomed the Centre’s stand after Union Home Minister Amit Shah told the Parliament that the NRC will be implemented nationwide.

“No Assamese has come down to the streets claiming that they do not want to scrap of NRC. Some groups moved to the SC for reviewing NRC. Even AASU has given review petition that they do want the NRC,” the Minister added.

On being asked about the controversial Citizenship Amendment Bill, Sarma opined that the Union Minister Amit Shah will have a consultative meeting with the political parties, organizations on November 29th, at his New Delhi residence and the government is confident that the Bill will come into force.

The Minister informed that after CAB, a bill for a national NRC will be placed in Parliament and Assam will be a part of the national NRC. He also added that the government will comply with the cutoff year according to the decision of the Centre.

“We want error-free NRC and destroy radical organizations. Time and again we have been hearing the footprints of terror organizations like ISIS, al-Qaeda, in the state. There is a threat of security crisis in Assam, so precautionary measures should be taken,” he said.