Notably, the Assam Council of Ministers on July 10 decided to upgrade the Bajali sub-division as a full-fledged district curbing out from western Assam’s Barpeta district. 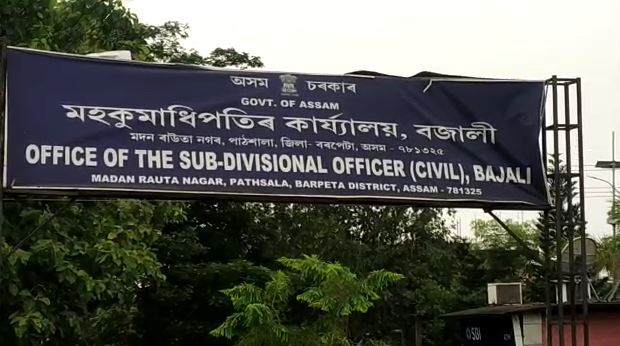 GUWAHATI: Irrespective of caste, community and religion, various local organisations and individuals of Barpeta district’s Bajali sub-division on Tuesday turned blissful and said that the long-standing demand and wishes of the people of Bajali were fulfilled.

Notably, the Assam Council of Ministers on July 10 decided to upgrade the Bajali sub-division as a full-fledged district curbing out from western Assam’s Barpeta district.

Welcoming the cabinet decision, the Bajali district committee of the Assam Jatiyatabadi Juba-Chatra Parishad (AJYCP) said, “The AJYCP, All Assam Students’ Union (AASU), other local organisations and the natives of Bajali had been demanding the up-gradation of the Bajali Sub-division as a full-fledge district ever since 1960. After decades of insistence, the Assam Cabinet has recognised our demand on Monday.”

The AJYCP further said, “Bajali has been a centre for academic excellence and culture. Right after the announcement, the state government should step up measures to build infrastructure for the immediate functioning of the new district.”

The AJYCP also demanded the state government curb out the non-Bodo villages located in the Patacharkuchi and Bhabanipur assembly constituencies under Baksa district to merge with the newly created Bajali district.

“We thank the Assam government for fulfilling our demand,” the AJYCP added.

The members of the Bajali Bazar committee also welcomed the decision and lauded the Council of Ministers for upgrading Bajali as a full-fledged district. “We are happy that the long-standing demand has turned into reality now. We firmly believe that the government of Assam will materialise the process of recruitment and building of infrastructure for immediate functioning of the new district,” the bazaar committee said.

The Bajali block committee of the AASU also welcomed the decision and said, “Our demand has been fulfilled. We are happy. We thank the government of Assam for their holistic decision.”