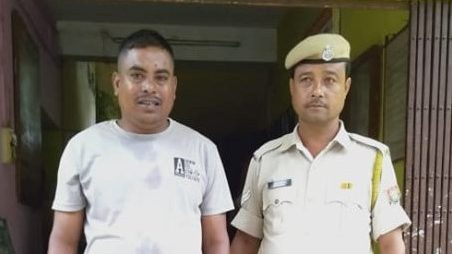 The Dibrugarh police on September 23rd, 2019 arrested home guard Sanjay Gohain, on charges of extorting money from a vehicle carrying fishes. He has been sent to judicial custody.

The accused home guard has been identified as Sanjoy Gohain.

It may be mentioned that the incident took place on September 22nd, 2019 near Lahowal area while he was on duty along the National Highway 37.

A video of the incident had also surfaced in the internet and subsequently a case no. 211/2019 under section 392 of the IPC was registered with the police.