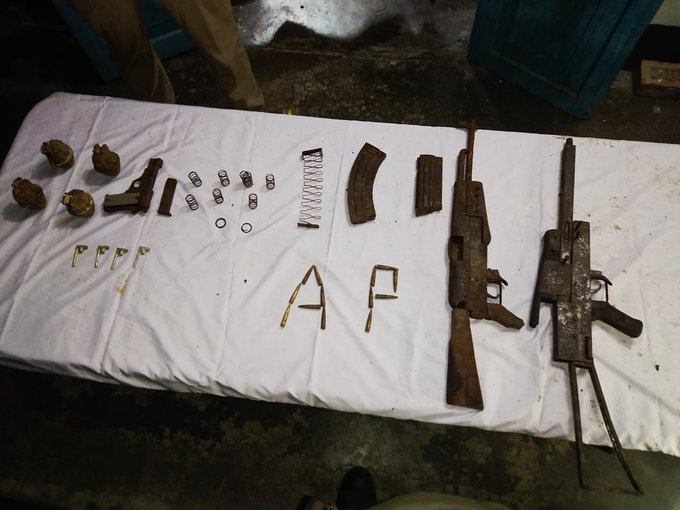 GUWAHATI: A major haul of arms, ammunition and explosives were recovered in Kokrajhar, in wee hours of Sunday.

The operation was led by Kokrajhar Police in jungle area of Shantipur under Kachugaon police station.

However, in the previous month, Kokrajhar police recovered major consignment of arms and ammunition buried underground.